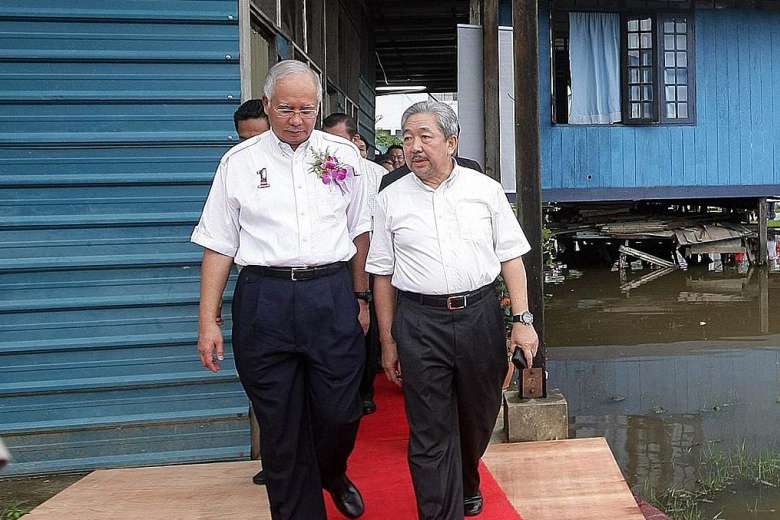 Najib (left) and Bustari (right) visit a school in 2008 in this file photo. Bernama File Photo

KUCHING: Prominent Sarawakian businessman Tan Sri Bustari Yusuf is among four out of nine individuals and entities who have formally objected to the government’s forfeiture lawsuit against them to recover 1Malaysia Development Berhad (1MDB) monies when the matter came up in the High Court in Kuala Lumpur for the first time today, Malay Mail reported.

Bustari has been ordered by the Malaysian Anti Corruption Commission (MACC) to return around RM11.9 million, alleged to be 1MDB-linked funds.

According to the online news portal, the other three objecting to the MACC forfeiture order were Jakel Trading, Yayasan PBAKM and Media Edge CIA Malaysia Sdn Bhd.

Malay Mail also reported that counsel Datuk Kamarul Hisham Kamaruddin, who represented Bustari, objected to the forfeiture bid by claiming that the government used the wrong mode to file the lawsuit.

High Court judge Collin Lawrence Sequerah then informed them that the court has set Sept 4 for the next case mention.

According to the nine lawsuits, Bustari received around RM11.9 million, RM628,314 for Jakel Trading, RM4,601,602 for Media Edge and RM100,000 for Yayasan PBAKM of the total RM270 million allegedly misappropriated from 1MDB.

Deputy public prosecutor Nik Haslinie Hassim also notified the court that they were additionally seeking to publish a notice in the Gazette to call upon interested parties to contest the seized money.

In the forfeiture action, the federal government is seeking to forfeit properties and monies that was dispersed or misused from 1MDB.

These funds were purportedly disbursed via an Ambank account opened under the name of former premier Datuk Seri Najib Tun Razak.

The lawsuit was filed against 41 recipients including political parties such as Umno and MCA under Section 56 of the Anti-Money Laundering, Anti-Terrorism Financing and Proceeds of Unlawful Activities Act 2001 (AMLA).

The entities or individuals named may challenge the forfeiture suit in court by filing their notice of appearance and respective affidavits to convince the court that the civil forfeiture action should not be allowed.