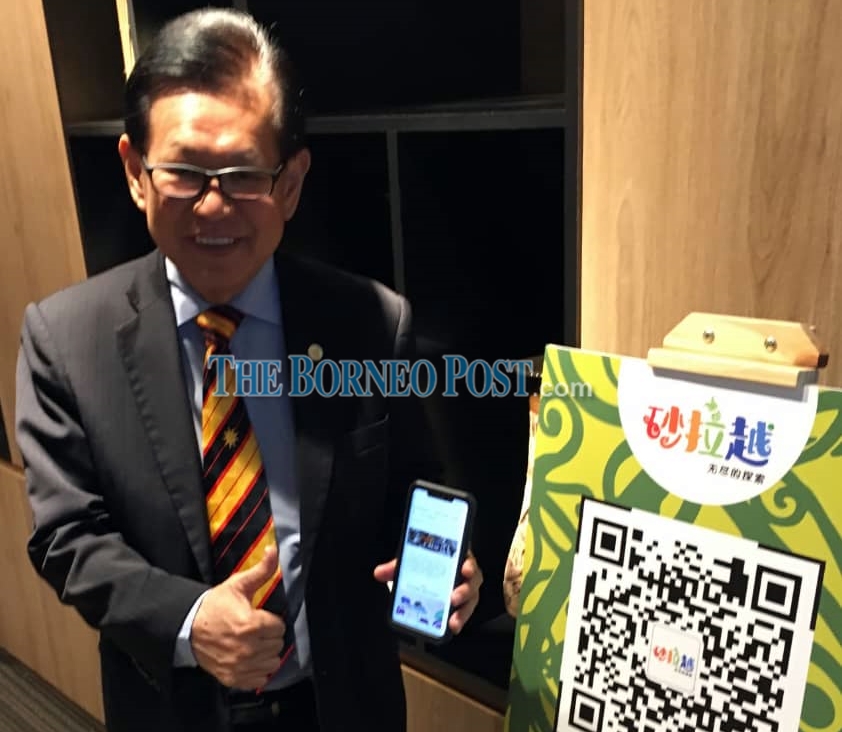 Lee (second left) shows the thumbs up after using his smartphone to scan the QR Code for the WeChat account.

KUCHING: Sarawak Tourism Board (STB) has launched its WeChat profile, to tap into the China market particularly to attract the millennials from the world’s most populous country to come and explore Sarawak.

Assistant Minister of Tourism, Art and Culture Datuk Lee Kim Shin said STB is utilising WeChat, owned by Chinese tech giant Tencent, to reach out to its more than a billion users worldwide particularly in China.

He also said that based on a recent study, it was found that Chinese millennials are the generation of travelers who are hungry for new adventures and always look for new places to travel.

“Sarawak has much to offer to tourists from China, such as in adventure, shopping and local delicacies. Therefore, we established the Sarawak Tourism Board’s WeChat Account, with the objective to focus and promote Sarawak to the China market.

“The WeChat platform is the fifth most-used app worldwide, while 34% of WeChat accounts are from China mobile data traffic. Therefore, it is a good platform for promoting Sarawak globally,” he said at the media launch of the Wechat profile today.

At the moment, the STB profile is mostly in Mandarin. Lee also said STB has appointed a media and creative agency to prepare articles and contents for the WeChat account.

The STB’s WeChat profile also promotes Miri, Kuching and Sibu, and the lesser known divisions in Sarawak such as Mukah, Sarikei, Sri Aman, Serian and more.