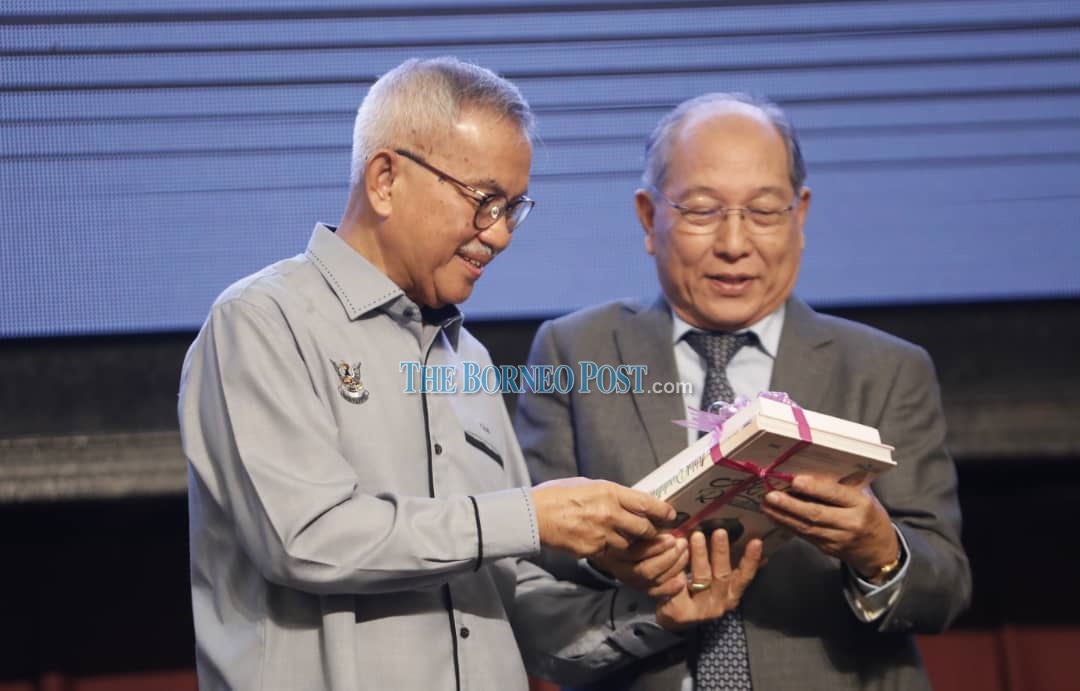 Member of the Board of Directors of Integrity Institute of Malaysia Tan Sri Datuk Amar Dr Hamid Bugo (right) presents a memento to Talib at the launch. – Photo by Chimon Upon

He said SEDC had complied with the corporate governance and processes as far as the foreign investment was concerned.

“I’ve read the response from SEDC. From what I see, SEDC has complied with the corporate governance. My comment is, whoever is not clear about it (statement issued by SEDC), read it again,” he said today.

Talib was asked to comment on Pending assemblywoman Violet Yong who recently demanded SEDC disclose full details of the investment.

Talib said what mattered was that SEDC had followed the processes – open tender, tender award and procurement process.

“SEDC conducted the purchase of the farm using proper corporate governance or processes that they have.

“So if she (Yong) is not happy, she can talk and talk. But for me, if people (SEDC) have given the information, and I believe they have followed the processes, we should not harp on it,” he said.

In May, Yong quoted Australia’s ABC News as saying that SEDC had paid RM58 million for the property, and that some top end cattle industry players were surprised by the price tag as it sold for RM8.13 million in 2001, the last time it changed ownership.

In a clarification later, SEDC chairman Tan Sri Abdul Aziz Husain said they bid RM52.3 million for the property but another bidder offered RM62.4 million for it.

He added that the decision to acquire the property was duly approved in the SEDC board meeting on March 5 and also in Rosewood Station Property Limited’s board of directors meeting on Feb 28.