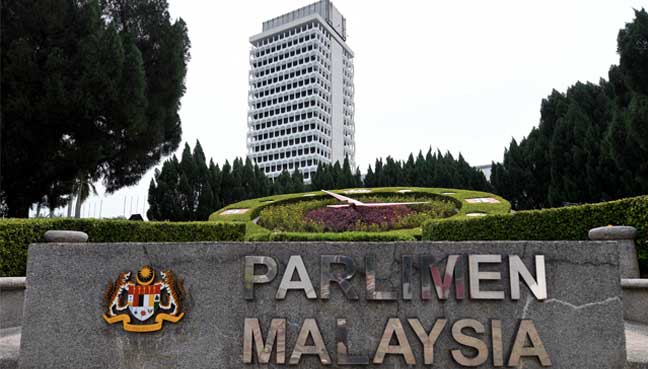 The Youth Societies and Youth Development (Amendment) Bill 2019) which, among others, seeks to lower the defining age limit for youth from 40 to 30 was approved by the Dewan Rakyat yesterday.

KUALA LUMPUR: The Youth Societies and Youth Development (Amendment) Bill 2019) which, among others, seeks to lower the defining age limit for youth from 40 to 30 was approved by the Dewan Rakyat yesterday.

The bill also sets the minimum and maximum age limits for office-bearers of registered youth societies at 18 and 30 years respectively on the date of appointment.

Youth and Sports Minister Syed Saddiq Syed Abdul Rahman, when winding up the debate on the bill, said the amendments were not made hastily as alleged by certain quarters because a series of discussions had been held since 2010.

However, discussions organised to decide on the matter were frequently postponed, resulting in the same leadership monopolising the administration of youth societies, he said.

“At the same time it was incorporated in the Malaysia Youth Policy in 2015 which was officiated by the right honourable member from Pekan who was then the prime minister (Datuk Seri Najib Razak) and was agreed to by the previous government.

“Only…every year there was a postponement because of lack of political will; I feel the time has come (for us) to have the political will to carry out this matter,” Syed Saddiq said.

Replying to a point raised by Datuk Seri Ahmad Maslan (BN-Pontian) during the debate on reports about the Malaysian Youth Council (MYC) expressing regret the amendments were made without its agreement, Syed Saddiq said the ministry had officially met the MYC leadership six times — on Aug 13 and Oct 5, 2018, and Jan 8, March 5, May 20 and June 28, 2019.

“I went and met with the state MYC. I also invited the state exco on youth and sports regardless of which party they are from for us to move the agenda on youth development,” he said.

On the status of existing office holders who are now above 30 years old, Syed Saddiq said they can remain in office until their term expires.

Previous ArticleSri Lanka tourism limps back after bombings, figures show
Next Article Voice of young to be more clearly heard