Wednesday, September 28
You are at:Home»News»‘More than one big fish’ under investigation by MACC Putrajaya, identities still confidential – Razim 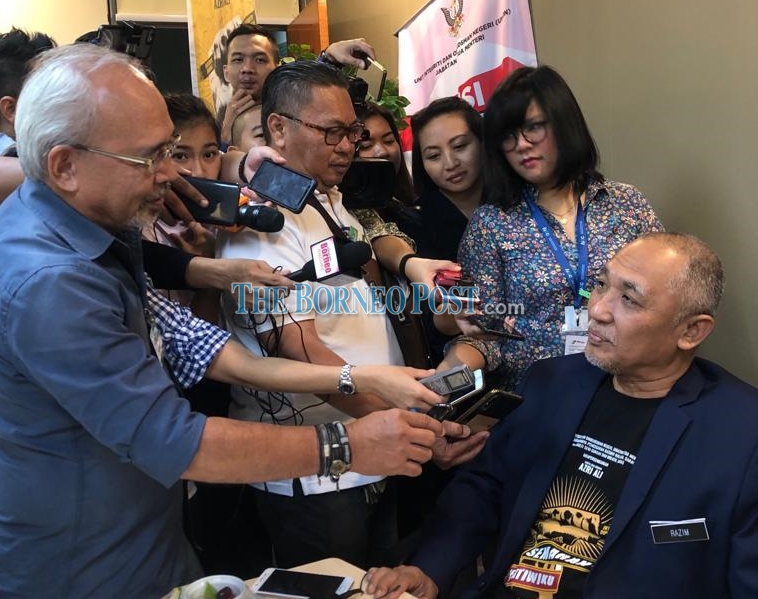 Confirming that multiple individuals were involved in the investigation, Razim said he could not disclose any names given that investigation is ongoing and hence their identities “ought to be kept confidential”.

Razim said Putrajaya was handling the case in Sarawak, confirming that MACC Sarawak was not involved in the matter thus far.

“When we have yet to confirm an offence and (those under investigation) is revealed, this will tarnish the reputation of that person especially those with social status. They have their pride too,” he said when met by journalists at Bangunan Baitulmakmur in Petra Jaya here.

He was quick to assure that MACC would not back down from carrying out the investigation.

He also confirmed that documents regarding the case recently submitted by Deputy Minister of Domestic Trade and Consumer Affairs Chong Chieng Jen were more or less a repeat.

Despite the fact, the director said MACC Sarawak would still played its role by handing over the information to its headquarters in Putrajaya for the next course of action.

“We will submit to headquarters and it’s up to them to decide whether the information is the same as presented before. Or that it’s a new issue or new piece.”

According to him, MACC headquarters in Putrajaya usually handles sensitive issues directly, but if they decide that MACC Sarawak should take charge, the state agency would then handle the investigation.