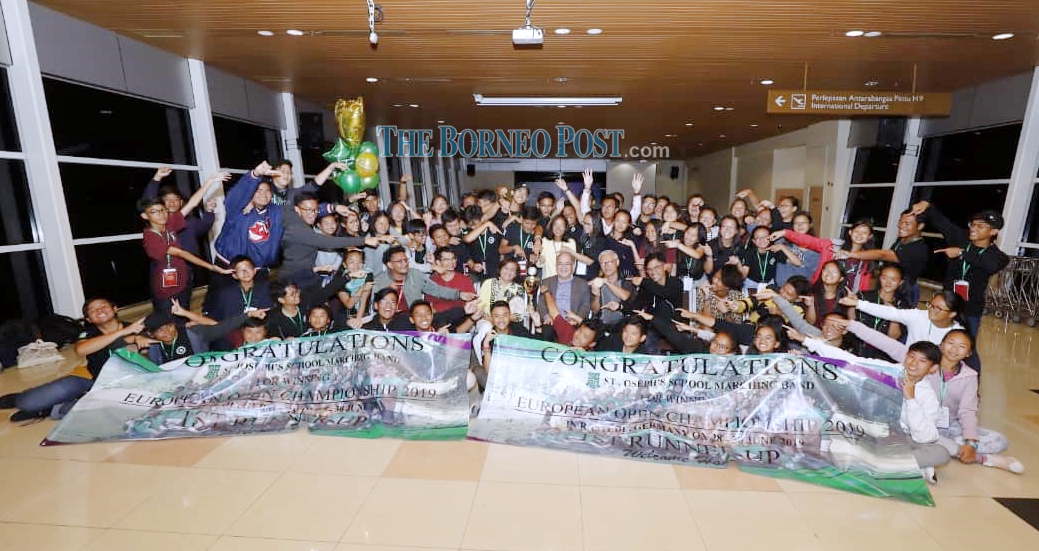 The victorious marching band poses for a group photo after arriving safely back from Germany. Photo by Chimon Upon

Their victory in Rastede, Germany – winning gold and a second-place ranking at the Rasteder Musiktage (Rastede Music Days) competition – was made sweeter when they were personally received by Deputy Chief Minister Datuk Amar Douglas Uggah and wife Datin Amar Doreen Mayang.

The class act competed against 20 other bands in their division class – VIII B Show – European Open Championship at the competition, which concluded last Sunday.

“We came to congratulate them for winning second place during the competition. We are very proud of their achievement – a product of their hard work,” said Uggah.

“They have made Sarawak proud.”

Uggah’s own granddaughter Isabel Sudan,17, plays the flute in the marching band. 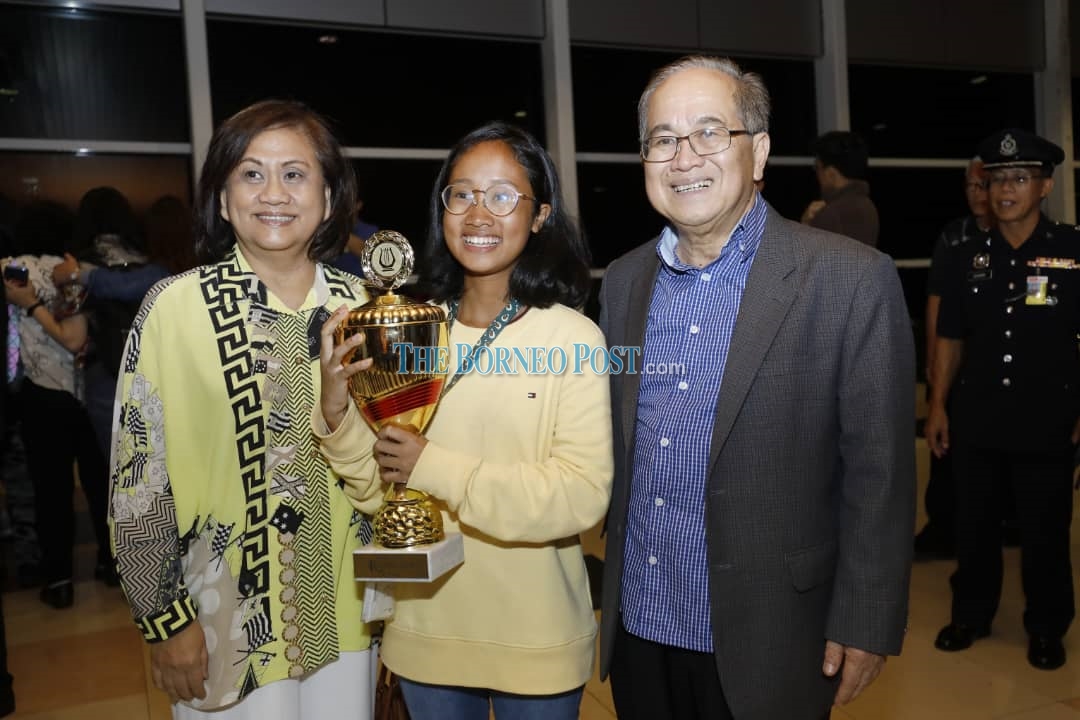 Uggah and his wife pose for a photo with Isabel as she holds up the trophy earned during the competition. Photo by Chimon Upon

Music director Anthony Wong said the competition was very challenging as they had the shortest time to train this time, at only six months.

There was also the fasting month, Gawai and Hari Raya Aidilfitri celebrations to consider, and some training sessions lasted until 9.30pm under the hot sun both here and in Germany, he revealed.

“It was an eye opener, competing against different nations like Poland, Germany and Thailand. We got third place in the preliminary and did better in the finals by winning second place – a mere 2.5 points difference with the champion,” Wong told reporters.

He added that their ranking qualifies them for the 2021 World Championship.

Meanwhile, Uggah also acknowledged Datuk Dr Sim Kui Hian, president of Josephian Alumni (Old Josephian Association of Kuching), who is also Minister of Local Government and Housing, for his support, primarily in soliciting for funds for the success of the band.

He explained that Dr Sim was unable to welcome the band back as he was currently travelling overseas.

The band has a total of 67 members and were accompanied by their principal Henry Chai, teachers and a handful of parents to Germany.

They returned home in two flights last night at 8pm and 10pm.

Previous ArticleNajib, Rosmah and three children object to third party claim over seized belongings
Next Article Ban for sea sand is for all countries – Dr Xavier