Saturday, May 30
You are at:Home»News»Sabah»Promoting farm produce in malls good for tourism – Daud 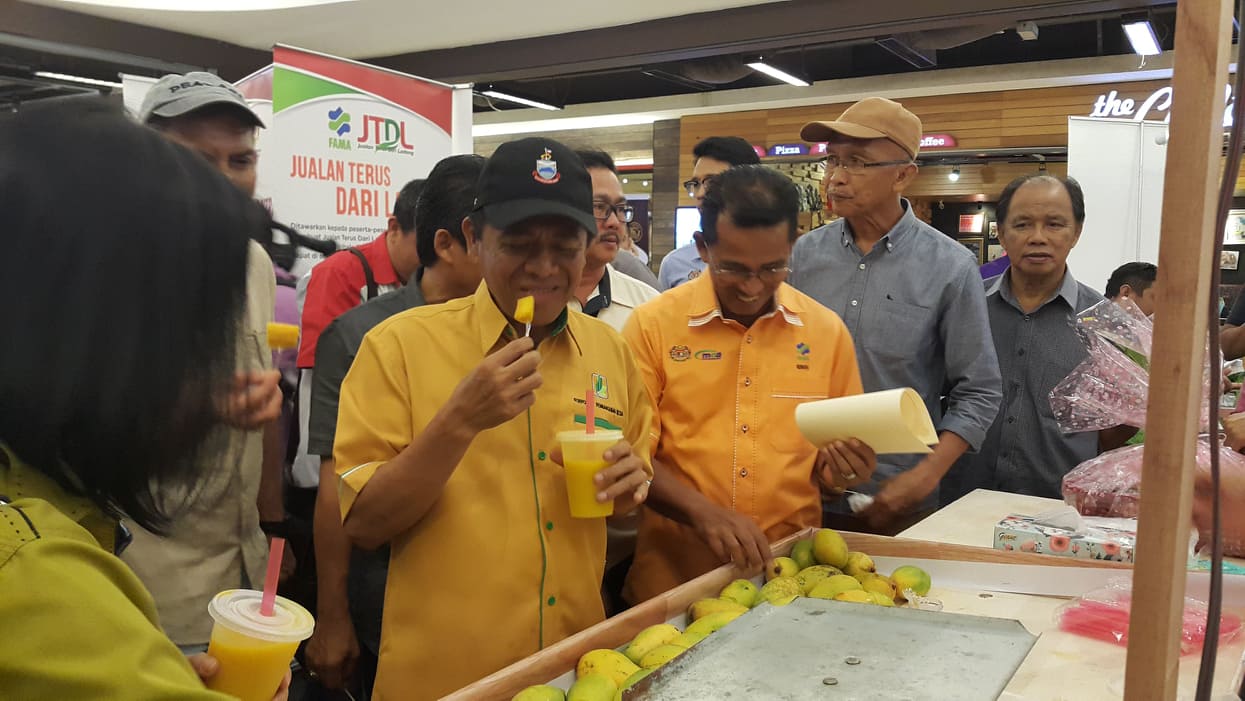 KOTA KINABALU: Shopping malls could serve as a platform for the smallholders in the state to promote their fresh produce, said Assistant Agriculture and Food Industry Minister Dr Daud Yusof.

It was Fama’s first-ever fresh agricultural products sale that was held inside a shopping mall, here in Sabah.

“Usually, Fama would organise these events outdoors. I think the response has been extraordinary. Yesterday (Friday) the produce were all sold out as early as 2pm.

“This is a really good programme that should be held regularly, not just on certain days but maybe on a weekly basis,” Daud told reporters after launching the event held at Imago shopping mall yesterday.

Sabah is the fourth state to organise the programme after Perak, Johor and Pahang.

Daud opined that such programmes would give smallholders in the state more opportunities to market their produce.

He pointed out that the produce offered in the programme were completely fresh as it came directly from the farms, adding that the products were all sold at a low price.

Other than the state capital, Daud stressed that other districts such as Tawau, Sandakan and so on should also be given the opportunity to organise such events.

He also said such programmes would also make it easier for the smallholders to promote their produce to foreign tourists as many of these tourists would often visit the malls here.

“This could also be a tourist attraction. Maybe when they return to their country, they will tell others about our fresh produce,” added Daud.

Daud expressed hope that Fama, together with the other agencies under his ministry, both at the state and federal levels, could work together to provide a platform for the smallholders to directly sell their produce without relying on ‘middle men’.

Also present at the event were the permanent secretary to the Agriculture and Food Industry Ministry, Mariana Tinggal and Fama Sabah director, Ribin Wahid.