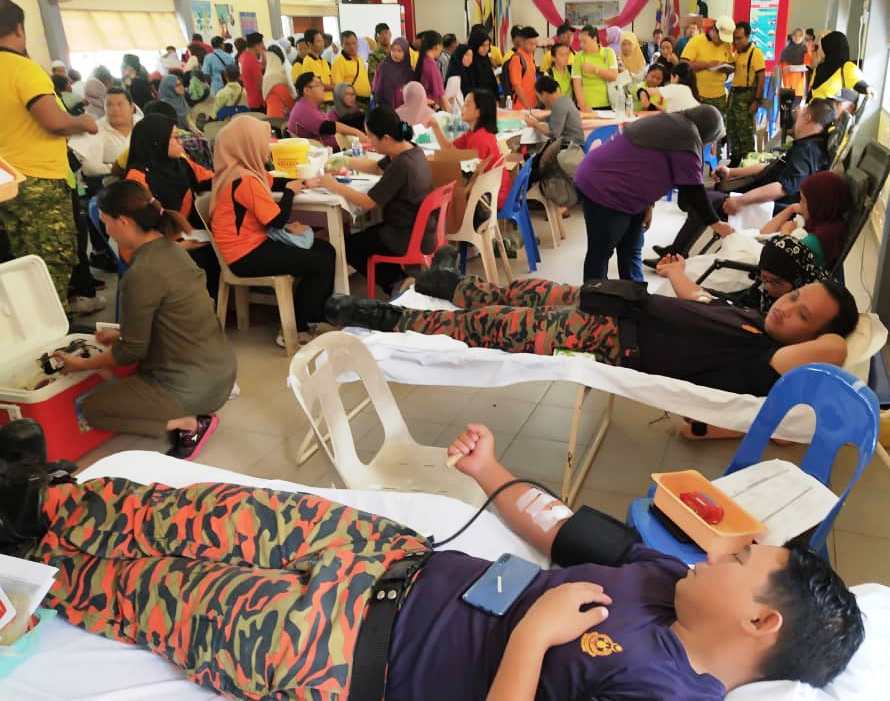 A total of 293 people registered their attendance and were welcomed to the event by principal Nor Aslam Mano Bin Abdullah and head of PIBG SMK Beluran Habiren Hassan.

Also present to show their support were members of Sandakan Indian Association (SIA) headed by their president Taren Sunil Manoharan.

The blood donation campaign was initiated a few years ago by the management and staff of SMK Beluran led by Nor Aslam Mano who is also the vice-president of SIA. This year SIA again contributed hampers and other items for the event.

Taren Sunil, who was given the honour to officiate at the event, was delighted that the annual campaign had been successful in collecting around 49 pints of blood for Beluran Hospital this time.

He also said that the yearly event had been very effective in promoting the spirit of understanding and cooperation between the school authorities and the local government departments as well as other agencies which would,  in turn, benefit everyone concerned.

Taren Sunil said that SIA had always been very supportive of civic-minded activities that are helpful to the public.

He praised the school’s management and the teachers, wardens, parents and students for doing a great job in organising the event.

In addition to the successful blood donation drive, there were other programmes including entertainment in the form of traditional song and dance performances. 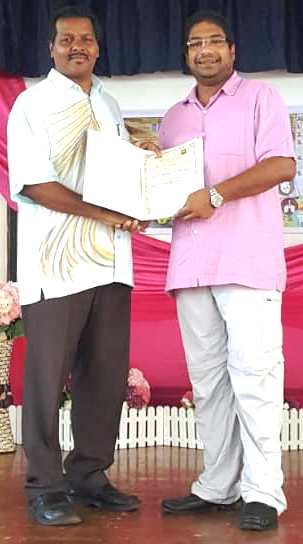 A host of other activities and games, such as tug-of-war, added to the carnival atmosphere of the event and provided fun for the participants.

The activities also created and strengthened bonds of friendship between teachers, wardens, students and parents with the local community in Beluran.

There were also exhibitions showcasing various important health topics. Medical personnel were present to explain and give advice on health issues.

Free basic health checks such as blood pressure tests were also made available to all those present. Blood donors were given hampers and certificates of appreciation.

There was also a counter to register organ donors where the SIA president and vice-president were among those who led the way.

Meanwhile, Nor Aslam Mano expressed his thanks and appreciation to Beluran Hospital, Kompeni Charlie Batalion Ketiga Rejimen 516 Askar Wataniah, Beluran Fire & Rescue Department, Beluran Health Office and RELA Beluran and all those who have sacrificed their time and effort in organising and supporting the blood donation campaign and other activities in the programme. Tokens and certificates of appreciation were then given out to all involved.