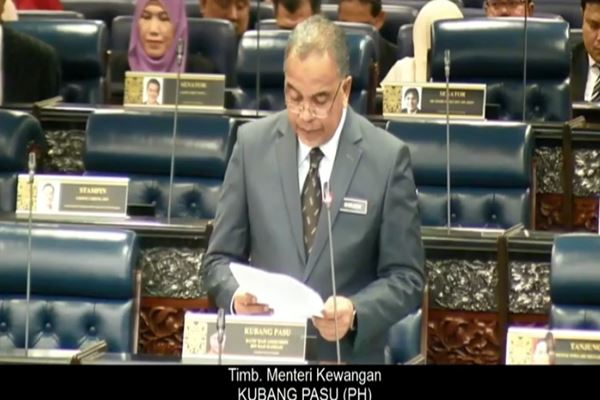 KUALA LUMPUR: The Inland Revenue Board of Malaysia (IRB) has recorded 486,360 cases of voluntary tax declaration under the special voluntary declaration programme (PKPS) as of June 23.

Deputy Finance Minister Datuk Amiruddin Hamzah told the Dewan Rakyat here today that the PKPS which began on November 3 last year and ends on September 30, 2019, offers lower penalties of between 10 to 15 per cent compared to up to 300 per cent once it lapses.

“The voluntary declarations received are being processed by the IRB. The amount in collection will be announced at year-end,” he said in reply to a question from Wong Kah Woh (PH-Ipoh Timur) on the implementation of the PKPS rationalisation and the number of taxpayers participating, as well as the amount in additional tax collected from it.

Amiruddin said among the categories under the PKPS is the reporting of previous income or a lower income declared, claiming for more than what was spent or not allowed, relief, having claimed for a higher rebate.

Also included in the PKPS is the reporting of profit on the disposal of assets, namely land, shares in realty companies and letters of attachment that had not been stamped.

Answering a supplementary question from Wong on the government’s approach towards tax collection, Amiruddin said it took a friendly stance in this regard towards taxpayers and it included the PKPS initiative.

He also said the government would use the Automatic Exchange Of Information (AEOI) facility under the Organisation for Economic Co-operation and Development (OECD) to obtain information on holders of overseas accounts and those who refused to declare their tax. – Bernama