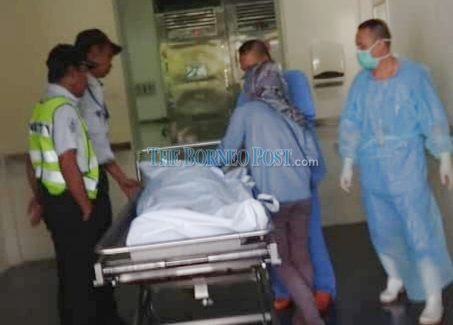 The deceased’s body was brought to SGH for an autopsy.

KUCHING: A civil servant was found dead in a stairwell in a government office building in Petra Jaya here today.

According to sources, the deceased, in his 30s was last seen at around 11.30am.

It is said that at about 1pm, the deceased’s body was found in an emergency stairwell by a cleaner, who immediately alerted the authorities.

Paramedics from the Sarawak General Hospital (SGH) pronounced the victim dead at the scene.

Police personnel from Kuching district police headquarters were also present at the scene to conduct investigations.

When contacted by reporters, Kuching district police chief ACP Awang Din Awang Gani confirmed the incident, adding that the body of the deceased was brought to SGH’s Medical Forensic Department for further action.

The case has been classified as sudden death, pending further investigations.