Wednesday, January 22
You are at:Home»News»Sabah»Japanese group keen to invest in Sabah – CM 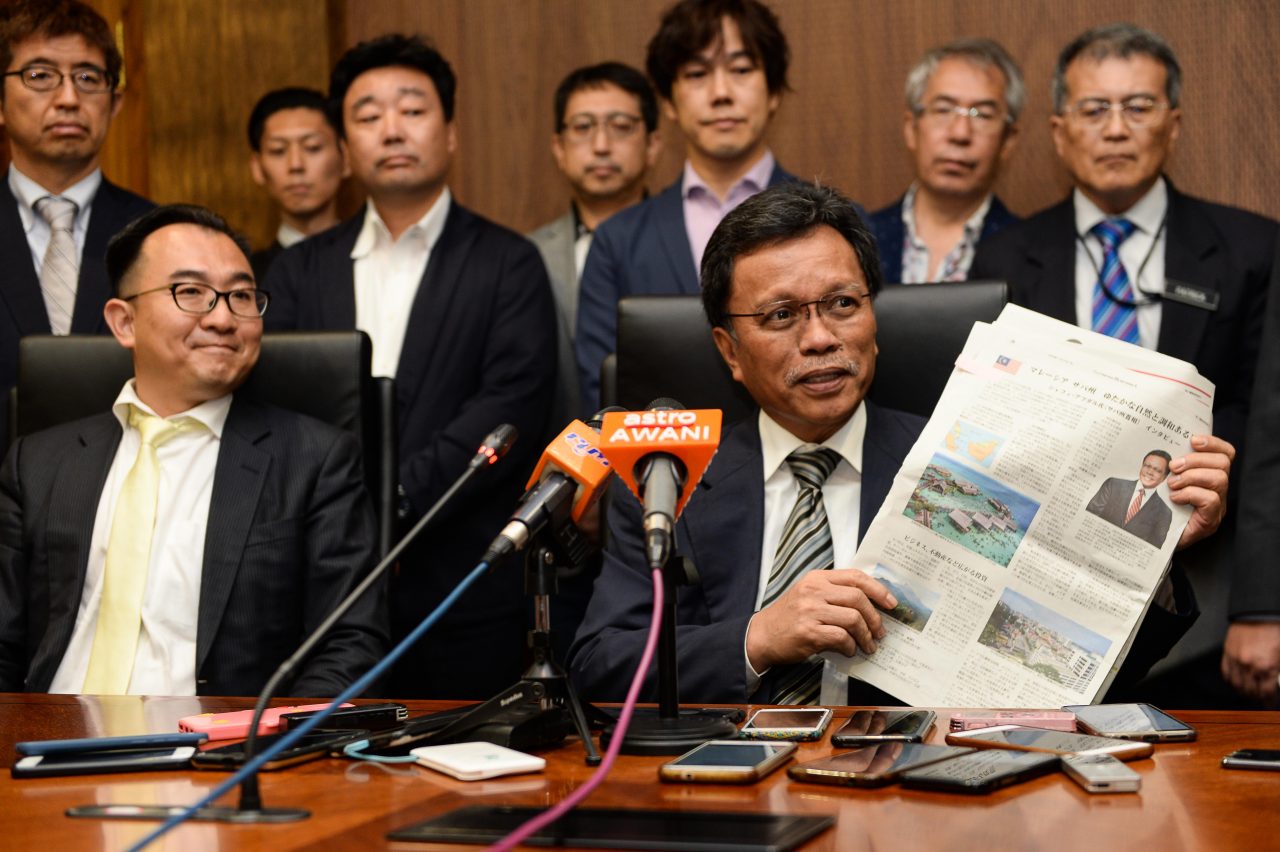 Shafie shows an article published in a Japanese newspaper on investments in Sabah. Seen with him are Doh (left) and the Japanese investors.

KOTA KINABALU: A group of Japanese investors have indicated their keen interest to develop an eco-island project, solar park and organic chicken farm in Sabah.

However, he said the state government would look into how the investment could be best adjusted for it to be acceptable to all parties as the island is a national park.

Additionally, he said one of the companies in the group had voiced its interest to invest in organic farming to produce chicken eggs.

“The company is one of the largest suppliers in Japan with a revenue exceeding 400 billion yen.

“This is an opportunity we need to look into,” he said at a press conference with the Japanese investors after their meeting here yesterday.

Furthermore, Shafie said the investors had proposed to build a retail mall near Kota Kinabalu International Airport (KKIA) to lure tourists, such as Mitsui in Kuala Lumpur.

He said the Japanese investors had assured that the projects would be self-funded but they required the government to provide land and facilities for their investments in Sabah.

“We will need to study their proposals thoroughly and identify where we can realize the investments.”

Meanwhile, Wanoyu Co. Ltd chief executive officer Nikko Doh, who spoke on behalf of the Japanese group, said the investors were interested in developing an eco-island on Pulau Sulug as there was currently no development on the island.

He said the group had chosen Sabah to invest in because our state had one of the most beautiful sea areas in the world that could attract Japanese tourists who loved to dive.

“We hope we can establish cooperation between Sabah and Japan,” he said, adding that he hoped the state government would also support the proposed investments as well.