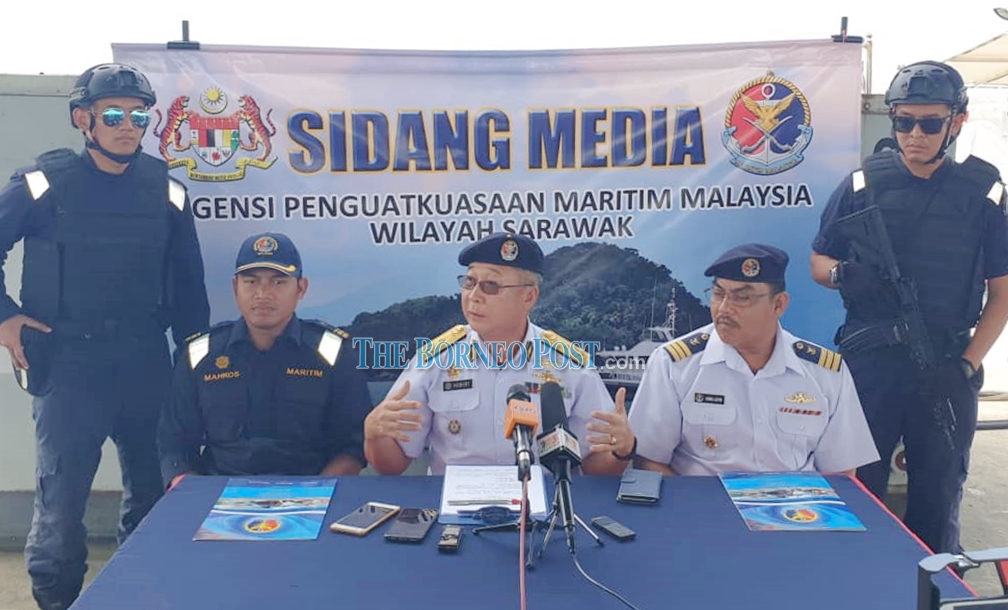 “I do not know why that individual made that statement. As far as I am concerned, we don’t have any problems with fuel (supply to our patrol boats),” said Teh when asked to comment on the accusations made against the agency.

On July 8, Tiong lambasted the maritime agency for failing to safeguard the interests of Malaysian waters against foreign fishing vessels as he claimed that the agency had provided the ‘same old tired excuses’ for their incompetence in carrying out their responsibilities in Malaysian waters.

Tiong stated that the ‘flimsy’ excuses provided by the agency included insufficient fuel for the agency patrol boats, unwillingness to pursue foreign vessels for fear of reprisals and detainees were released for no reasons disclosed.

Tiong went further to suggest that the maritime authority should be “disbanded” and their duties handed over to the marine police should they be deemed unable to secure the country’s waters.

“I do not know whether other enforcement agencies are facing limited fuel supply or not but definitely we are not facing such problem. We have plenty of fuel (for our operations) but on the contrary, we are facing limitations with limited assets being available to be deployed (in Sarawak’s waters),” Teh said.

He said the Sarawak maritime agency was operating with very limited enforcement vessels as most of the vessels are undergoing repair and maintenance works and he hoped that other maritime enforcement agencies would assist them in carrying out patrols throughout the waters.

“Frankly, only about 30 per cent of Sarawak maritime agency assets are operational in Sarawak. The rest of the assets like enforcement vessels are undergoing repair works.”

Depending on the progress of the repair works, Teh said that those maritime enforcement vessels will be operational in phases starting from August to November.

According to Teh, enforcement was being increased throughout the east coast of Peninsular Malaysia – waters spanning from Kelantan to Pahang – where more than 56 fishing vessels were detained and thousands of inspections were carried out on vessels operating in Malaysians water.

“Because of this, those illegal fishing vessels including those from Vietnam changed their strategy by shifting their illegal activities to Sarawak to avoid detection by authorities.”

If the situation on encroachment of Sarawak waters continue to deteriorate, Teh said that there was a high chances that that similar actions taken in Peninsular Malaysia will be carried out in Sarawak water to protect the state’s crucial marine resources.

Besides, he added that the maritime agency is requesting for new assets to replace their existing fleet of aging vessels, with Kuching expected to receive two new enforcement vessels to strengthen their forces.

He reiterated that MMEA will always welcome inquiries from members of the public to seek verifications on information related to the agency.

“Our agency takes all complaints seriously and we will take immediate action (to rectify the situation),” said Teh.