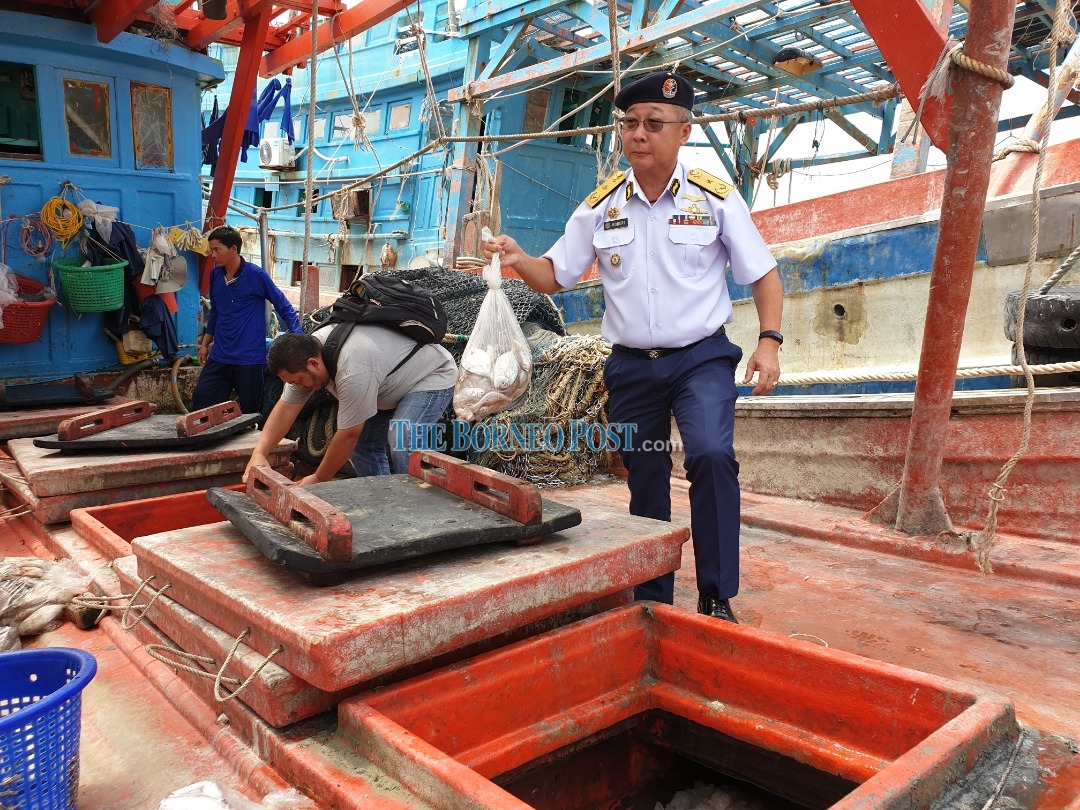 Teh holds up some of the marine resources seized from the Vietnamese fishing vessel that encroached into Malaysian waters.

According to MMEA Sarawak state director First Admiral (Maritime) Robert Teh Geok Chuan, the vessels were detained at about 126 nautical miles north-east of Tanjung Sirik, between 7.43am and 10.27am.

He disclosed that more than RM6 million worth of assets were seized during the operation which included the fishing vessels, 13 tonnes of marine resources and fishing equipment and 17,000 litres of diesel. 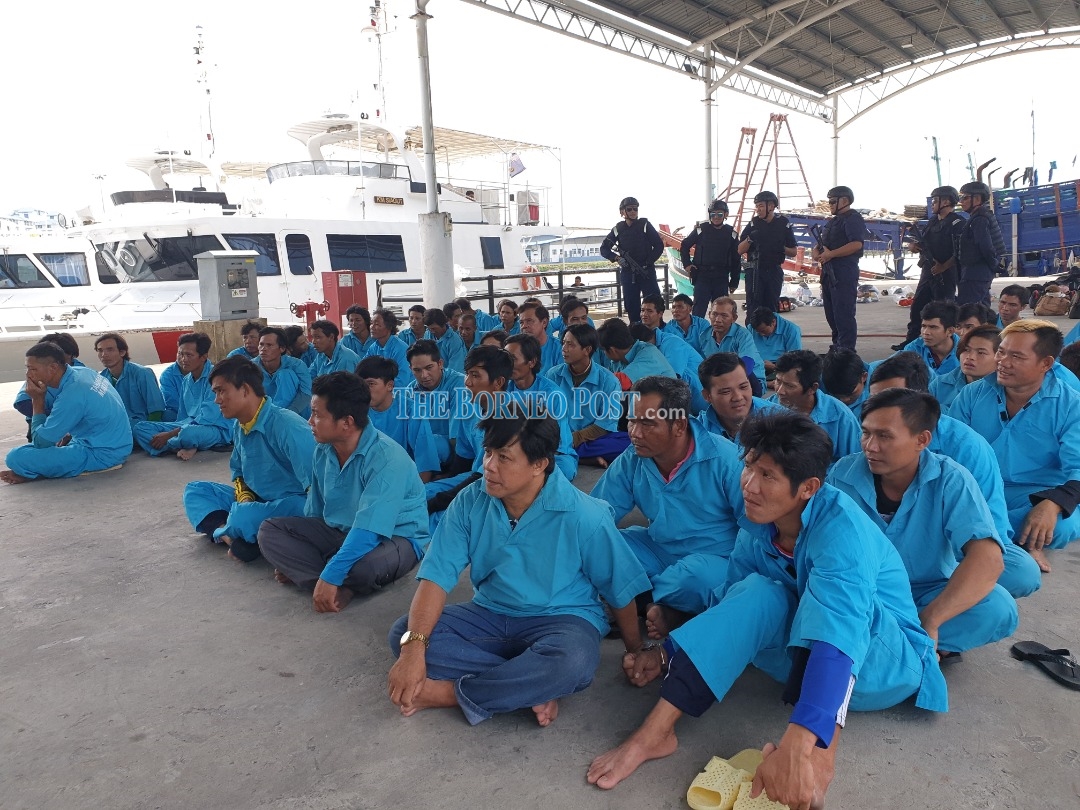 The 58 crew members of the illegal fishing vessel being detained my MMEA personnel.

Members of the public are urged to look out for any suspicious activities carried out in the country’s waters, especially those in Sarawak by contacting the Malaysia Maritime Operation Centre in Sarawak at 082-432544 or the 24-hour hotline Malaysia Emergency Response Services 999.