Thursday, April 15
You are at:Home»News»Sabah»Not enough water supply by 2024 – minister 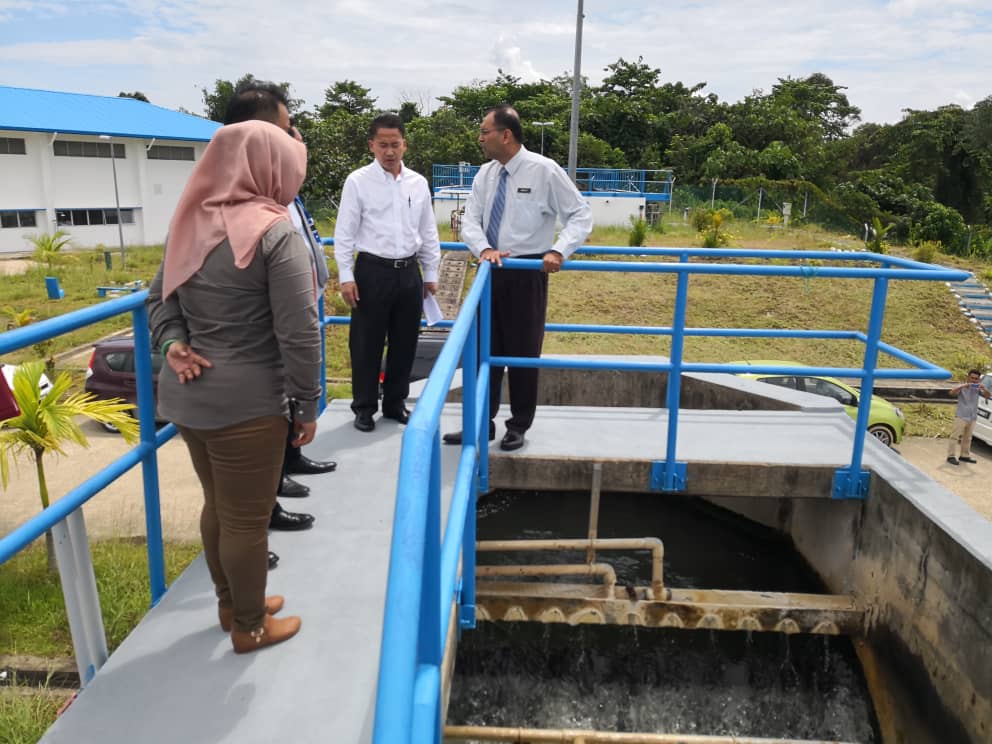 PAPAR: Infrastructure Development Minister Datuk Peter Anthony reiterated yesterday that the construction of the Papar Dam was not for the Chief Minister, himself or the Water Department director, but for the people of Sabah.

He reminded that based on calculations/estimations carried out, there will not be enough water supply by the year 2024.

“We need the new dam to be constructed as soon as possible to cater for our water capacity needs,” he said.

He added that with the Papar Dam, there will be ample water supply right up to the year  2060. The dam will have a yield of 1,000 MLD.

Speaking at a press conference at the Kogopon Water Plant near here yesterday, Peter reminded those objecting to the construction of Papar Dam that the previous Sabah government also faced objections when it constructed the Babagon Dam in Penampang.

“But if it weren’t for the Babagon Dam, we would be facing water shortage now,” he said.

“Even when there is no water supply for one to two days, we already receive so many complaints.”

Similar objections were also experienced with the Bakun Dam in Sarawak, he added.

He also said Papar needed the dam because the water plant that supplied to the district sometimes could not carry out its function due to the inflow of salt water into the river, or due to the river’s heavy silt level.

“It is really a problem for the folk in Papar,” he said.

“Hence, after consideration, we have decided…anyway, the project is not new, having already been approved by the previous government,” he said.

What’s left to resolve, he said, were matters related to the compensation of folks that would be affected by the construction of the dam.

“We will look into the welfare of the people — provide them an alternative land and housing,” he said.

He also said the construction of the dam would be beneficial to the Papar folk as it would provide water and electricity supply, among others.

He added that the design phase of the project is already completed.

During the interview, Peter was also asked what had happened to the Warisan government’s promise to look at other alternative to resolve the water shortage woes.

He replied that initially, they tried to see the various methods proposed but found that the cheapest option was the construction of the dam.

“Using sea water (as in the case of Singapore) is expensive,” he said.

He also said since the objections were from the people of Penampang, the project was moved to Papar.

“It is her own personal stance,” he said.

He also said non-governmental organisations (NGOs) such as Pacos that received most of its funding from outside the country should abide by the law and regulations of the state and should not be allowed to incite the people.

“If they want to do anything, they will have to get the approval from the government,” he said.

He added that he will propose for the act (governing the NGOs) to be updated.