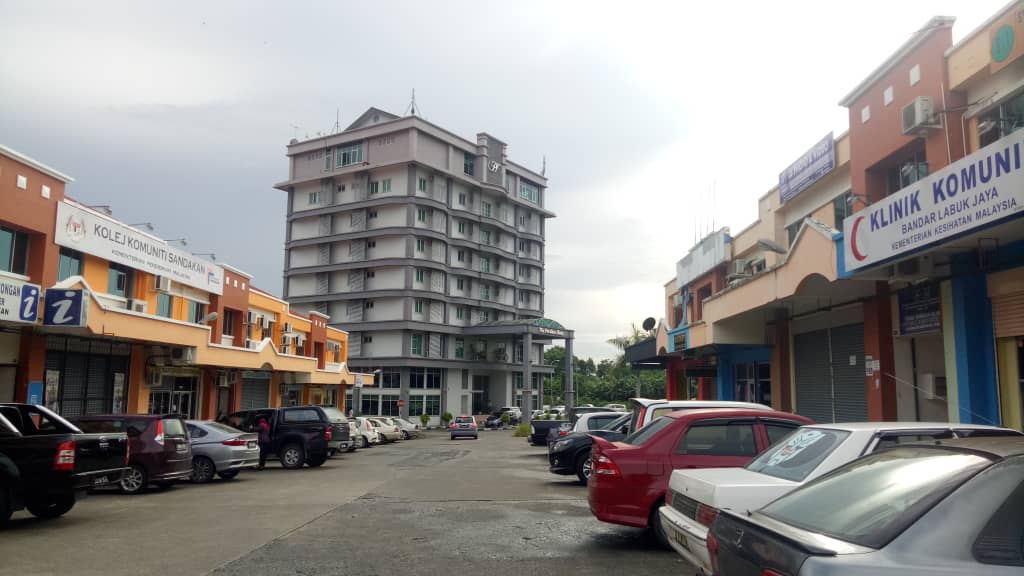 SANDAKAN: The proposal by Sandakan Municipal Council (SMC) to extend the implementation of parking fee system to 11 satellite towns in Sandakan starting August 1 has received positive response from the public.

The operating time proposed is 8am to 5pm on weekdays, 8am to 1pm on Saturdays, and free parking on Sundays and public holidays.

Currently, the parking coupon system is only implemented in town area while parking spaces in the 11 satellite towns are free of charge.

However, locals have been enjoying free parking since February this year, a few months after Datuk Peter Hii Chang Lik was appointed as president of SMC. The parking charges are to be re-implemented starting August 2019.

According to Peter, the proposal to expand SMC’s parking charges jurisdiction to 11 satellite towns was agreed upon at SMC full board meeting on April 30.

Peter denied allegations that were spread on social media that the proposal was never discussed among SMC councillors, as it was a decision that was made during a full board meeting.

As of now, SMC is still waiting for approval from the Ministry of Local Government and Housing before the proposal could be implemented on August 1.

The Borneo Post has met with several locals who voiced their support for the proposal.

Karamunting Community Development officer Saidin Bakron said  locals should look into the proposal in a more positive way as it could solve problems such as traffic jams in town, and misuse of parking spaces.

“The parking fee that is charged must be lowered in Sandakan town. With the price stated in the proposal, I think the price is reasonable and cheap. If those areas (parking spaces in the 11 satellite towns) are not charged, then there will be a lot of complaints about no available parking spaces, traffic jams, and illegal parking. See what happened after SMC gave free parking in town?” Saidin asked.

He also said the implementation of parking charges at the satellite towns would ensure that locals would have more parking spaces, which would be more comfortable and arranged, and that it would also avoid people from parking their vehicles from morning until evening.

“The proposal would also create more job opportunities to the locals because surely, SMC would need more workers to handle the parking coupon system in the satellite towns.

“In efforts to give the best service to the local community, SMC is going to need stable funding. SMC is handling almost all our everyday facilities including street lights, drainage, playgrounds, landscape and waste management.

“Hence, I think  the implementation of parking charges is not for SMC to gain profit, but it is SMC’s effort to provide the best service to the people. We have to be aware that when SMC does not have stable funding, there will be issues with its service because SMC would not be able to afford the construction of infrastructure, maintenance of public facilities, and keeping the town clean,” he said.

He believes SMC, under the leadership of its president, has undergone a lot of transformation, and Peter has the integrity to carry the responsibility that was entrusted to him to develop Sandakan town.

Amil said it was important for SMC to have a stable financial source in order to provide the best service to the people here.

“Objections from the local leaders — those are their personal opinions. For me, nothing is free in this challenging and digital world; it is important that we change our mindset and move forward.

“We cannot rely on government subsidy; we have to work hard to be independent towards building a better life. SMC also needs a steady source of income to serve the people in this district. We have to open our minds and look further and think for the long run, for the good of all parties.

“I do not want Sandakan to be left behind (in development) to be compared to other districts following a lack of funding,” he said.

Amil also said the charge at RM0.25 per half-an-hour for yellow parking spaces, was reasonable.

Another local, Abang Mohd Jorgy Juana @ Bujang, 70, who is the chairman of Sabah Bumiputera Chamber of Commerce (Sandakan branch), also supports the proposal.

He said the rate was reasonable and would not be a burden to the people as it gave drivers the choice as to where to park their vehicles and how long they planned to park their cars.

“This would also ensure that drivers would not park illegally and would obey  parking rules as set by SMC,” he said.

Jorgy said the implementation of the proposal was previously postponed by local leaders in 2000 and he opined that it was now time to implement the parking coupon system in the satellite towns here to benefit the people here in the long run.

Robert Pang Yun Miew, 77, opined that the parking coupon system would ensure that traffic flow would be more systematic.

“For now, only the town is charged parking fees. It is now time for all parking spaces to be charged the same. This will have a positive impact on development in Sandakan,” he said.

Pang said if the proposal was postponed, development in the district would also be hindered.

He also commended Peter as a president who is aggressive, dedicated, and has integrity in carrying out his responsibility as the president. He hopes the people of Sandakan would support the parking system as SMC’s effort to bring development and improve its service in the long run.

“We want Sandakan to develop like Tawau and Kota Kinabalu and at the same time (Sandakan to) give a positive image to the tourists,” he said.

A shop owner in town, James Cho Shun An ,60, said the free parking in town (since February this year) had caused his watch shop business to drop by 20 per cent.

“This is because customers could not get parking spaces here. I have lost my regular customers because of this. Free parking is bad for business for shop owners like me because people who live at the shop houses and workers who work here (at town) monopolise the parking spaces and park their vehicles here all day.

“I strongly support that parking spaces in the 11 satellite towns  be charged as it would ensure that drivers would have more comfortable and proper parking arrangement, which would also impact businesses in the area,” he said.

Meanwhile, Dr. Lau Kee Onn, 72, said the proposal would make traffic flow smoother and more systematic. He said he had bought a reserved parking space in front of his clinic for the convenience of his patients.

“I also rented a parking space to support SMC for it ensures the development of Sandakan district,” he explained.