Wednesday, November 30
You are at:Home»News»Nation»Gamelan Malaysia fund for tourism promotion 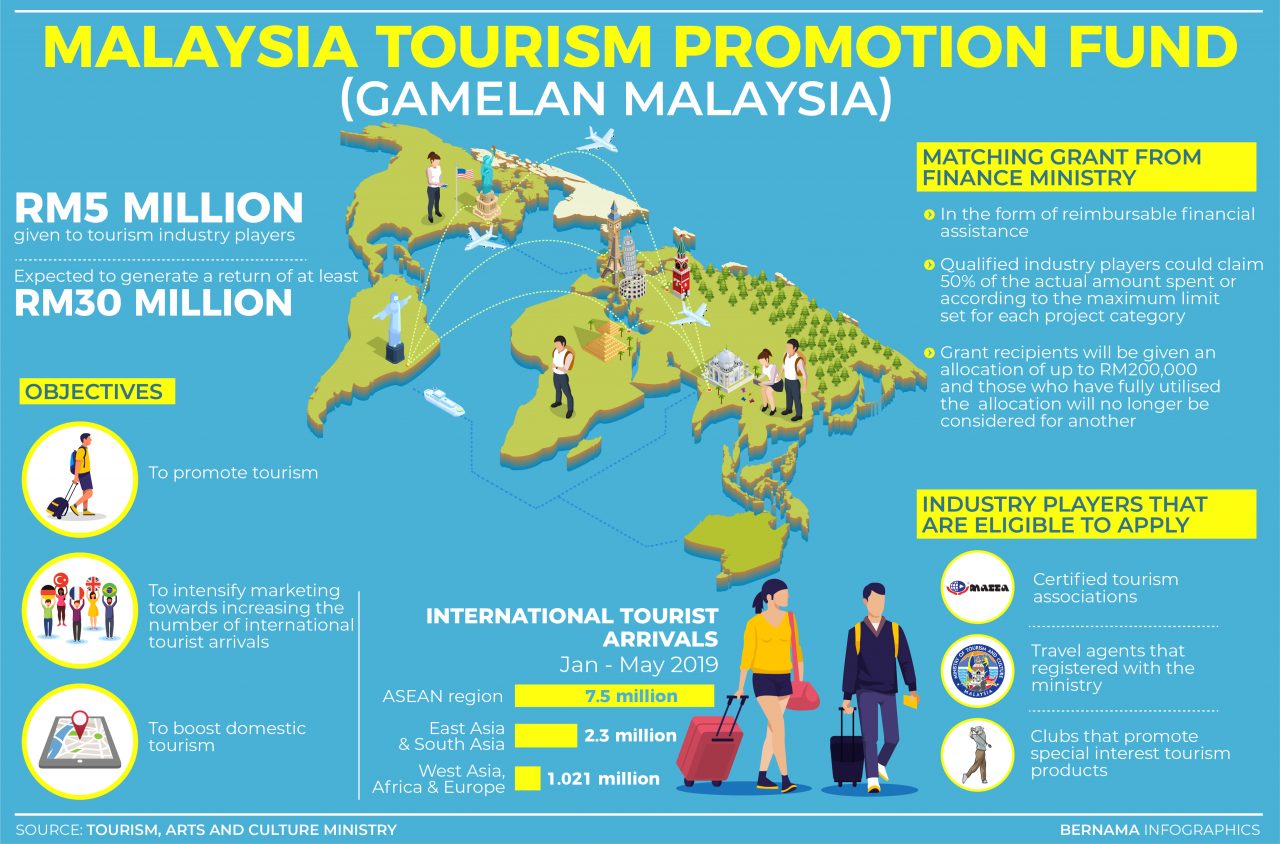 KUALA LUMPUR: The Malaysia Tourism Promotion Fund (GAMELAN Malaysia) amounting to RM5 million will be given to tourism industry players in an effort to promote this sector this year, said Tourism, Arts and Culture Minister Datuk Mohamaddin Ketapi.

He said the special allocation or matching grant from the Finance Ministry was to help the tourism industry to intensify marketing in increasing the number of international tourist arrivals to the country and boost domestic tourism.

“The matching grant in the form of reimbursable financial assistance, where the qualified industry players could claim 50 per cent of the actual amount spent or according to the maximum limit set for each project category.

“This means that every grant recipients will be given a ceiling allocation of RM200,000 and those who have fully utilised the allocation for various projects, they will no longer be considered,” he said at a media conference on GAMELAN Malaysia Matching Grant here yesterday.

Mohamaddin said among the industry players who were eligible to apply for the funds, included tourism associations and travel agents registered with the ministry as well as clubs that promote special interest tourism products such as golf holidays and scuba diving.

Meanwhile, Tourism Malaysia director-general Datuk Musa Yusof said the industry players could apply for the grant directly via online from the Tourism Malaysia website which will be uploaded in the near future.

“We expect total returns of at least RM30 million through this funds and if it is successful, the programme will continue in the coming year,” he said.

In another development, Mohamaddin said the tourism sector showed positive developments with 10.95 million foreign tourists visiting the country from January to May this year, compared to 10.45 million tourists for the same period last year.

“For the short distance market, ASEAN countries are still the largest contributors to foreign tourists arrivals with 7.5 million compared to 7.2 million tourists in the same period in 2018,” he said.

In the medium distance market (such as East Asia and South Asia), the number of travellers recorded was 2.3 million compared to 2.2 million in the same period, while the long distance markets (West Asia, Africa and Europe) recorded a slight decrease with 1.021 million tourists compared to 1.024 million in 2018, he said.

“Shortage of direct flights from the long distance market has affected the tourist arrival to this country. Hence, the support from local and foreign airlines is very important to boost the tourism industry,” he said. — Bernama