Tuesday, February 18
You are at:Home»News»Hero cops presented with certificates of appreciation for bravery in shootout with armed robbers in Miri 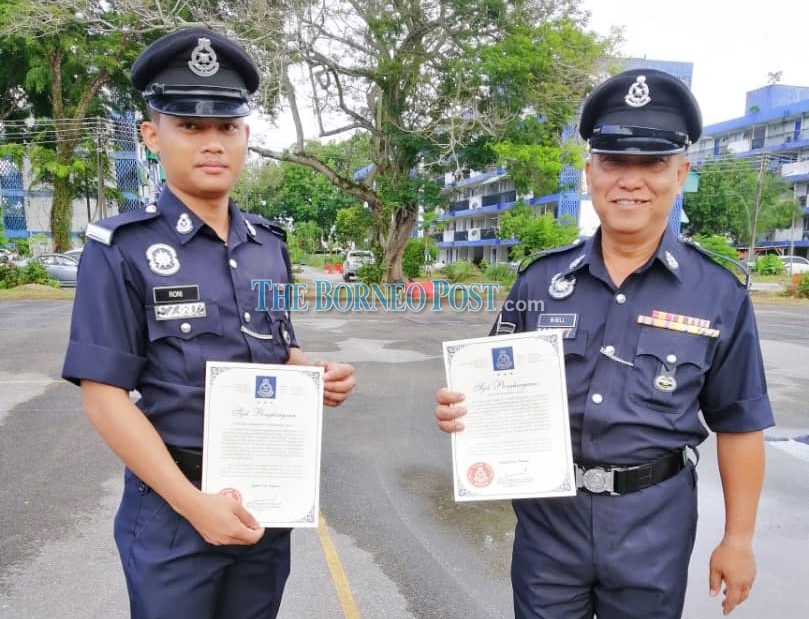 MIRI: The two policemen who engaged in a shootout with armed robbers at a house at Taman Serene Jelita in Taman Tunku in May this year was awarded with certificates of appreciation from the Sarawak Police Commissioner here today.

The two policemen, 55-year-old Corporal William Bell Jol and his partner Constable Mohd Roni Abdul Manap (27) were praised for their bravery displayed in the line of duty.

On May 16, three masked men armed with pistols crashed through the gate of a house in Taman Serene Jelita, holding the three family members hostage at gunpoint.

A passing patrol vehicle managed to intercept the robbers, resulting in a shootout between the police and the suspects. Two of the robbers were injured in the exchange, while one managed to escape on foot.

Lim in his speech called for all men in blue to continue working hard to bring down the city’s crime index.