Tuesday, December 7
You are at:Home»News»Sarawak»Brave policemen receive certificates of appreciation 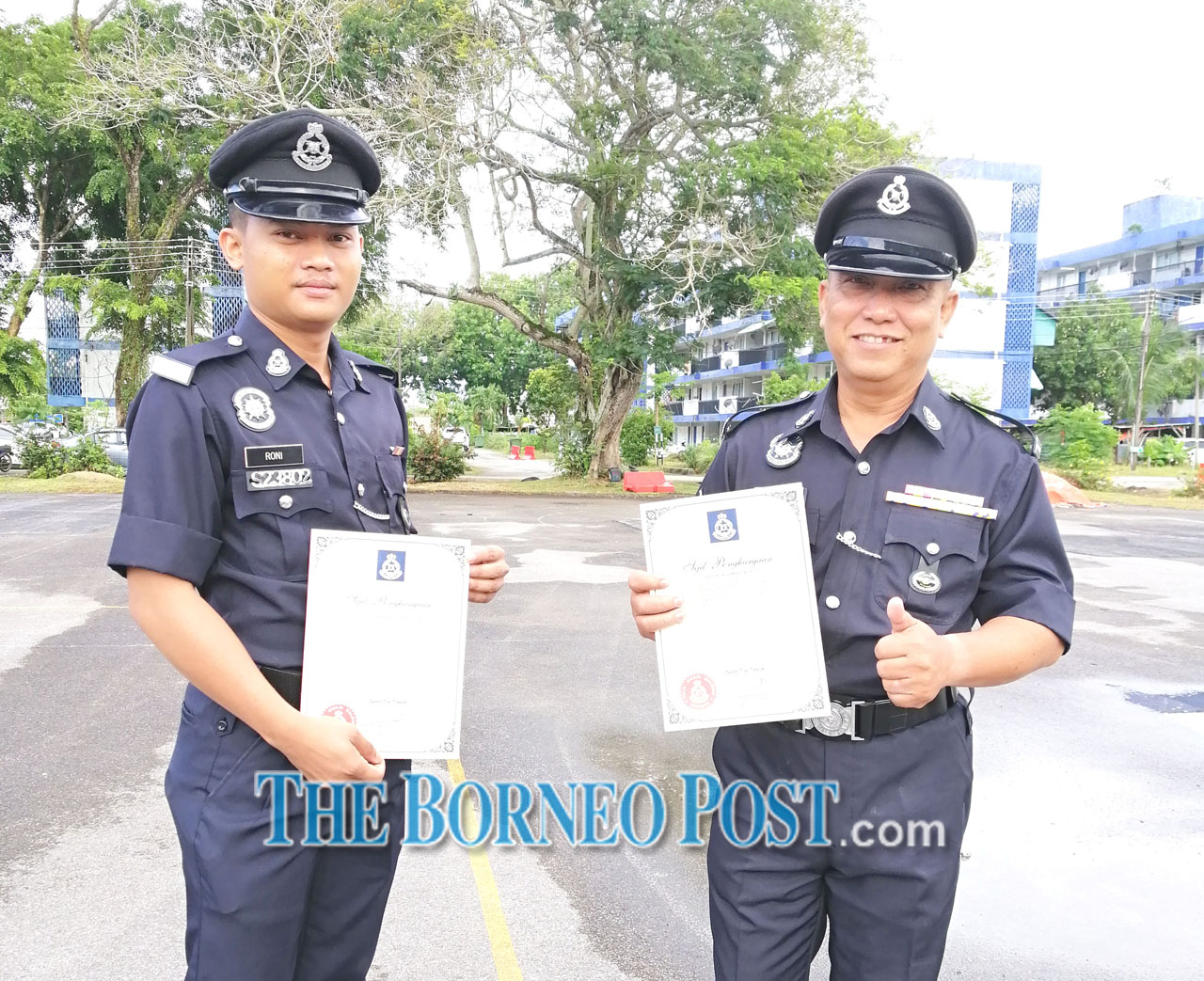 William (right) and Mohd Roni proudly show their certificates of appreciation awarded by Sarawak Police Commissioner for their bravery in a shootout with robbers in May this year.

MIRI: The two policemen who were engaged in a shootout with armed robbers at a house in Taman Serene Jelita, Taman Tunku in May this year were awarded certificates of appreciation by the Sarawak Police Commissioner.

The certificates were handed over by district police chief ACP Lim Meng Seah during the monthly police assembly at Miri Police Headquarters yesterday.

The two policemen – 55-year-old Corporal William Bell Jol and his partner Constable Mohd Roni Abdul Manap (27) – were praised for their bravery in performing their duty.

In the shootout with the robbers, William suffered a gunshot wound to his upper left arm.

Earlier in his speech, Lim called on police personnel to always work hard and collaborate with each other in bringing down the crime index.