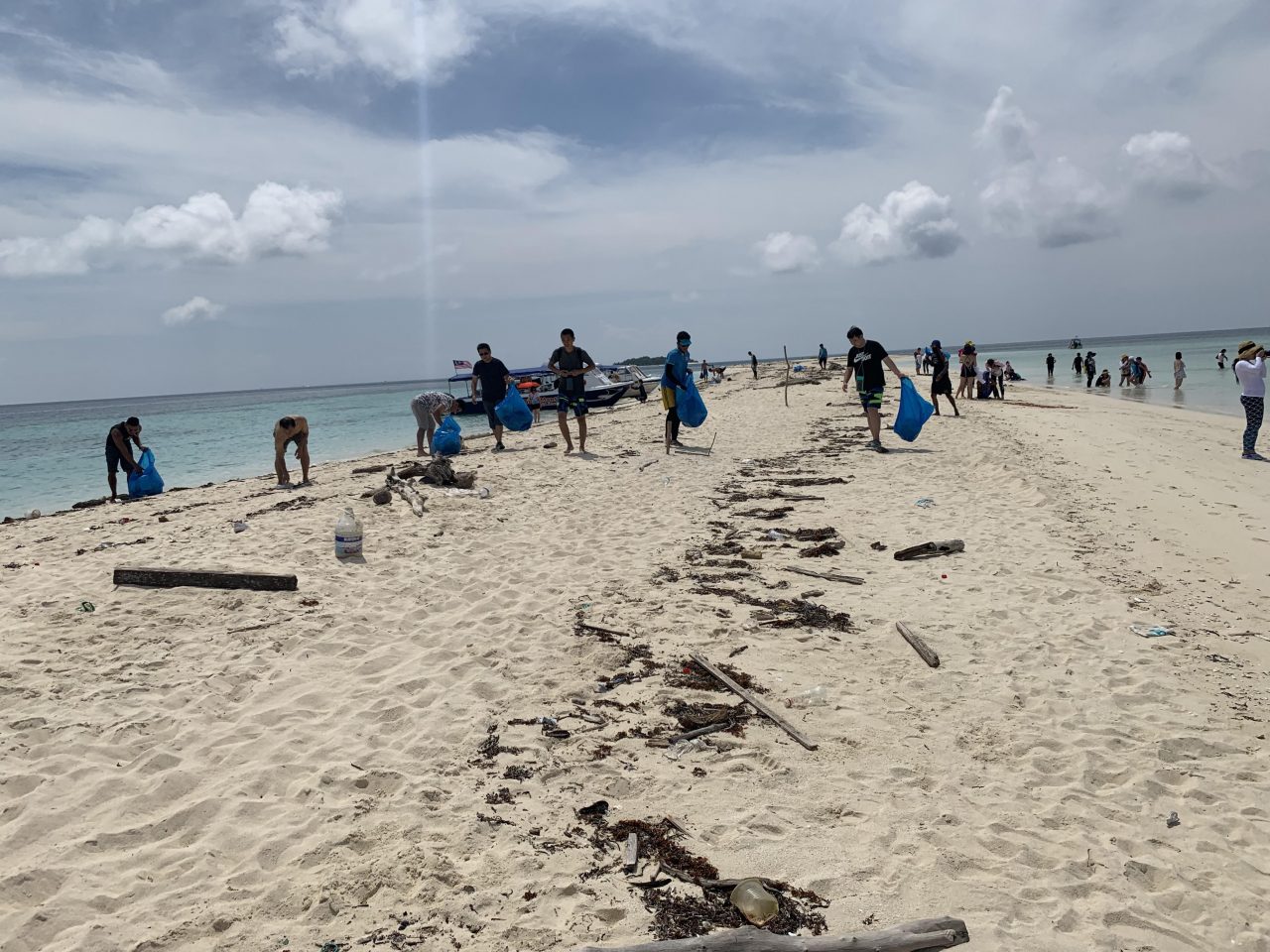 The China tourists and local volunteers picking up the rubbish on the beach at Pulau Timba Timba.

KOTA KINABALU: While the behaviour of some of their countrymen has caused much embarrassment, a group of tourists from China visiting Semporna did something that earned the praise of a tourism industry player in the area.

Loh told The Borneo Post that he and his six guests were part of a group that took part in an island hopping tour in Semporna and Pulau Timba Timba, a pristine atoll that has many picture taking opportunities given the special island scenery there was one of the stops.

“When we arrived on the island, we were greeted with by the unsightly view of trash. The long stretch of beach was strewn with discarded footwear, plastic bags, bottles and empty can drinks among others.

“It was a real let-down and many were visibly disappointed. Explanations given were the tides brought in the trash while it is likely and plausible this seems to be no acceptable excuse. The unsightly rubbish must have originated from a source we have some control over,” he said.

Loh disclosed that what actually happened next was most encouraging and moving to some extent.

The discussion and complaints quickly led to a spontaneous beach clean-up, he said adding that a handful of people including the dive instructor and SDV guests took a trash bag and started to collect the filth.

“Within minutes our Chinese tourists asked for trash bags too and they too earnestly picked up the rubbish along the beach. They sacrificed their picture taking opportunity (and mind you for knowing Chinese tourists’ preferences this is indeed a sacrifice!) and for more than the scheduled half hour stop just went on to collect rubbish.

“Another group of tourists from another boat saw what was going on and they too took the initiative to join the spontaneous beach clean-up. Close to 15 large bags of trash was collected and placed on board the boat to be thrown in a proper place in Semporna,” he said.

Loh added, “Our thanks to our visitors for such a fine gesture to volunteer on the spot. The clean-up was mainly carried out by our visitors from China. Hence, while we keep reading about the ‘ugly’ side of Chinese tourists here we experienced a graceful act of helping the host country to clean up. Xie Xie ni men!!

According to him, SDV is also inspired by the kind gesture of thier guests and the company would be active participants of cleanliness projects here in Semporna.

“Who knows one of these days we will have our very own Semporna Dream Volunteers (SDV) Group too. By the same token, we also hope our relevant authorities too will do their best to keep our tourist attractions clean,” he said.