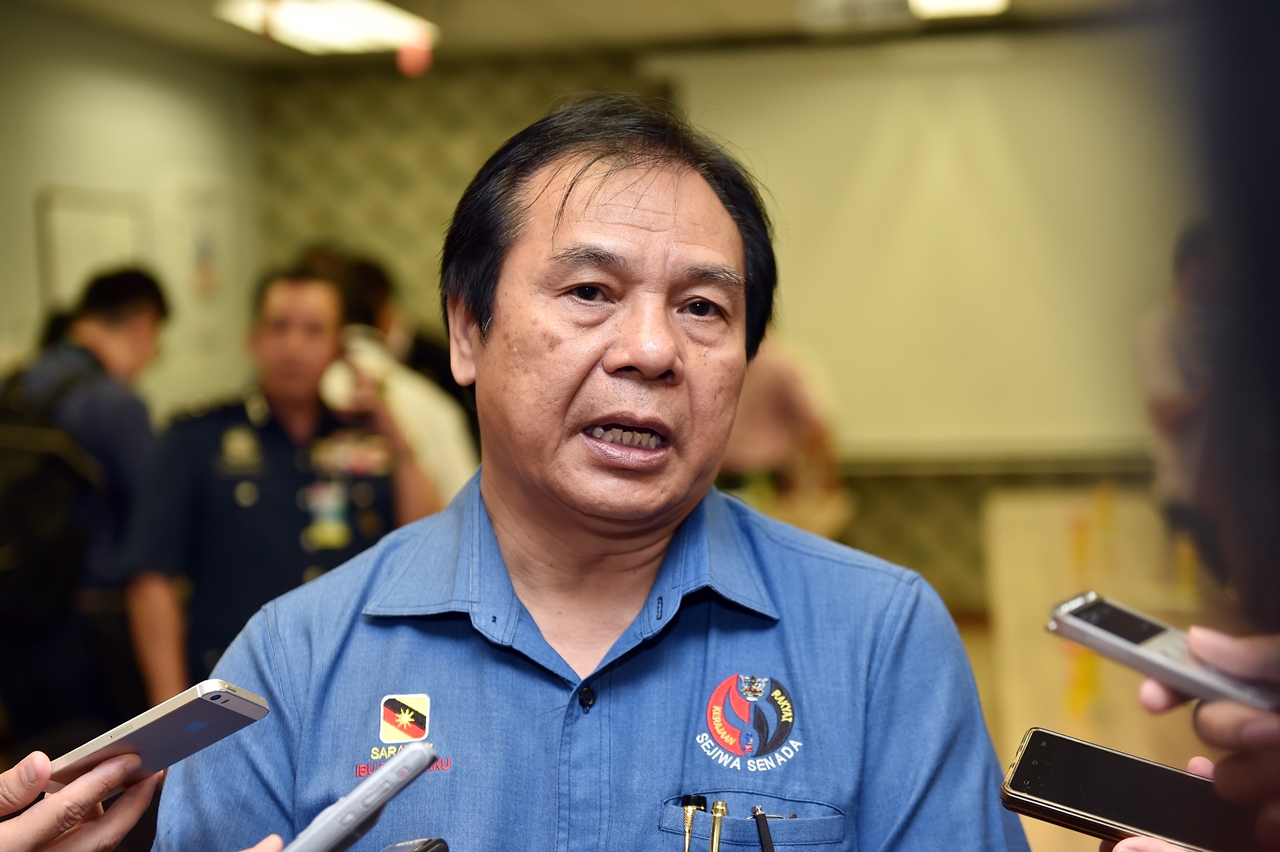 In a signed press release dated July 10, the former PSB deputy president said that the decision to leave was a “painful one to make”.

“I have come to this decision after consulting the people and supporters in my constituency,” the statement read, referring to Mambong constituency.

“It has been a painful decision for me. But it has to be made as I am fully aware and convinced that only the Gabungan Parti Sarawak (GPS) under the leadership of Chief Minister Datuk Patinggi Abang Johari Tun Openg has the vision, commitment and programmes to bring even better development and progress to our rural constituencies.”

It also went on to say that his decision was “in the greater interest of the Bidayuh unity”.

“I can then contribute toward solidifying and consolidating the Bidayuh unity within the Sarawak government. I pledge my fullest support to the chief minister in continuing to lead Sarawak,” the statement concluded. 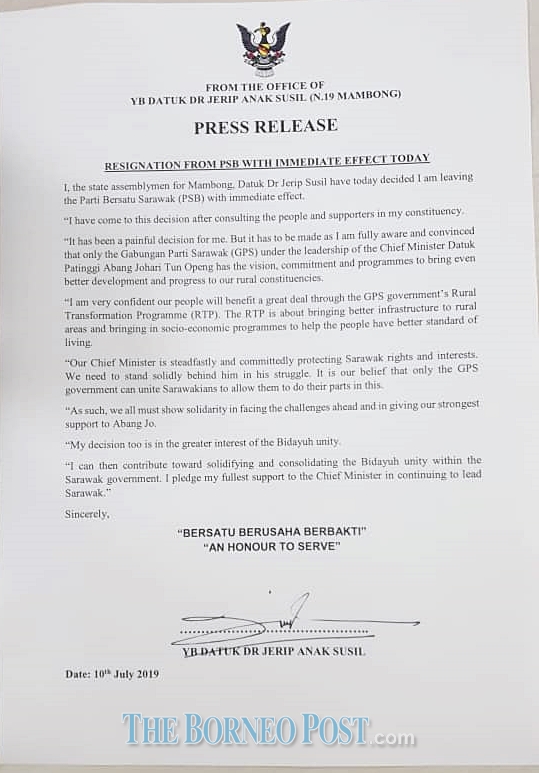 Previous ArticleClothing supplier, three others arrested after DPP lodges police report against them
Next Article Limbang MP: Rural Air Services in Sarawak, Sabah must be maintained, improved if MAS is sold