Friday, June 5
You are at:Home»News»Nation»Malaysians believe in traditional media more than online sources 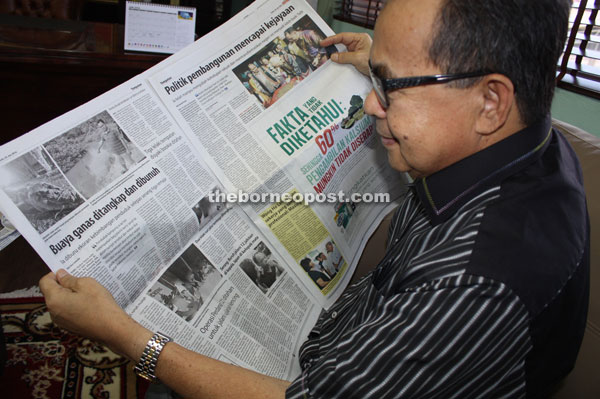 Malaysians’ trust in newspapers and magazines increased from 21 per cent five years ago to 25 per cent now. File Photo

KUALA LUMPUR: Malaysians are more likely to believe in traditional media such as newspapers, television, and radio rather than online news sources, based on a recent study.

They also believe more in news and information received from personal acquaintances over other sources, says Ipsos, an international research company which conducted polls at the national and global from Jan 25 to Feb 8.

“Malaysians’ trust in newspapers and magazines increased from 21 per cent five years ago to 25 per cent now, while the people’s confidence in television and radio increased from 24 per cent to 28 per cent during the same period,” according to the findings released in a statement here, today.

The survey also found that confidence in online websites and online news platforms for the nation also increased by four per cent from eight per cent to 12 per cent for the same period.

However, surveys conducted among those below 74 in 27 countries, on the other hand, found that at the global-level, trust in traditional media had declined during the same period due to the prevalence of false news reporting and suspicion over the agenda or intentions media outlets.