Thursday, August 6
You are at:Home»News»PSB secretariat: No letter of resignation received from Dr Jerip 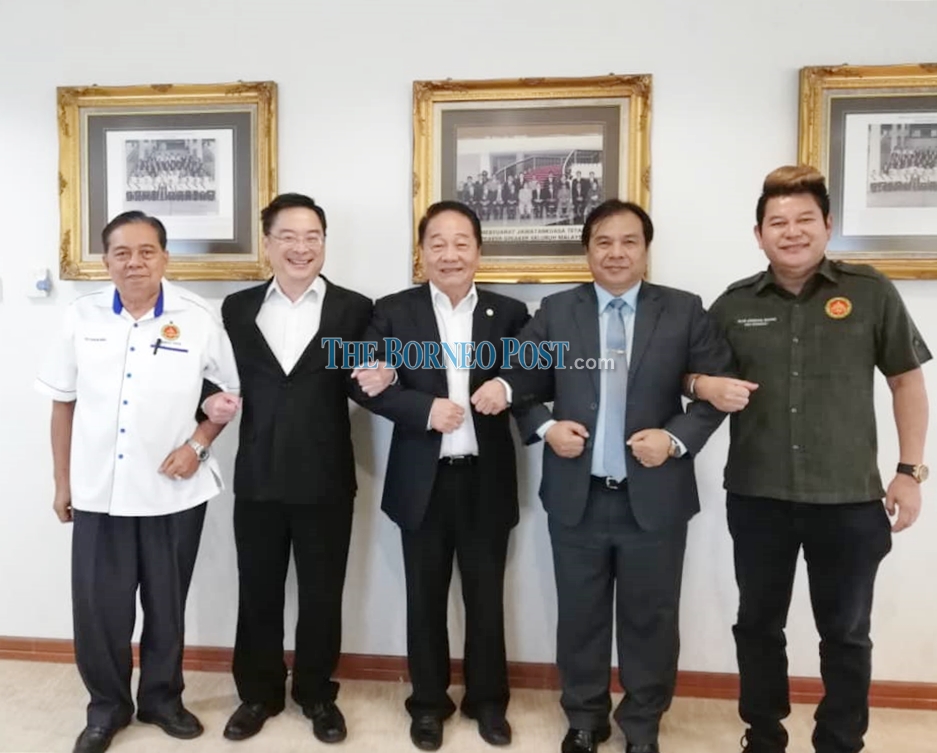 PSB leaders (from left) Ranum, Lo, Wong, Dr Jerip and Rayong join arms in solidarity in this photo which was taken on July 10. Dr Jerip’s press release in which he announced his resignation from the party is also dated July 10.

Dr Jerip dropped a bombshell when he delivered a resignation letter dated July 10 to members of the press through a press officer of Deputy Chief Minister Datuk Amar Douglas Uggah Embas today.

“When we met in the office of PSB president Dato Sri Wong Soon Koh yesterday (Wednesday) morning with Dr Jerip, Dato Ranum Mina and Dr Johnichal Rayong, Dr Jerip did not give any hint that he intended to resign,” Lo said.

“In fact, we specifically took several photos with arms linked to show our unity with each other. The photos were taken by the private secretary of Dato Sri Wong with my phone as well as Rayong’s phone.”

Lo said he was shocked to see the ‘press release’, in effect a resignation letter, given by Dr Jerip, especially since it was dated yesterday (July 10).

“We all met yesterday until nearly 12 noon. I do not know any more than the press release sent to me by the media.

“It is incredible that Dr Jerip can submit his letter of resignation to the media instead of the party that he is the deputy president of,” Lo said.