Sunday, September 26
You are at:Home»News»Sarawak»SCV upgrading, renovation completed, all set for RWMF 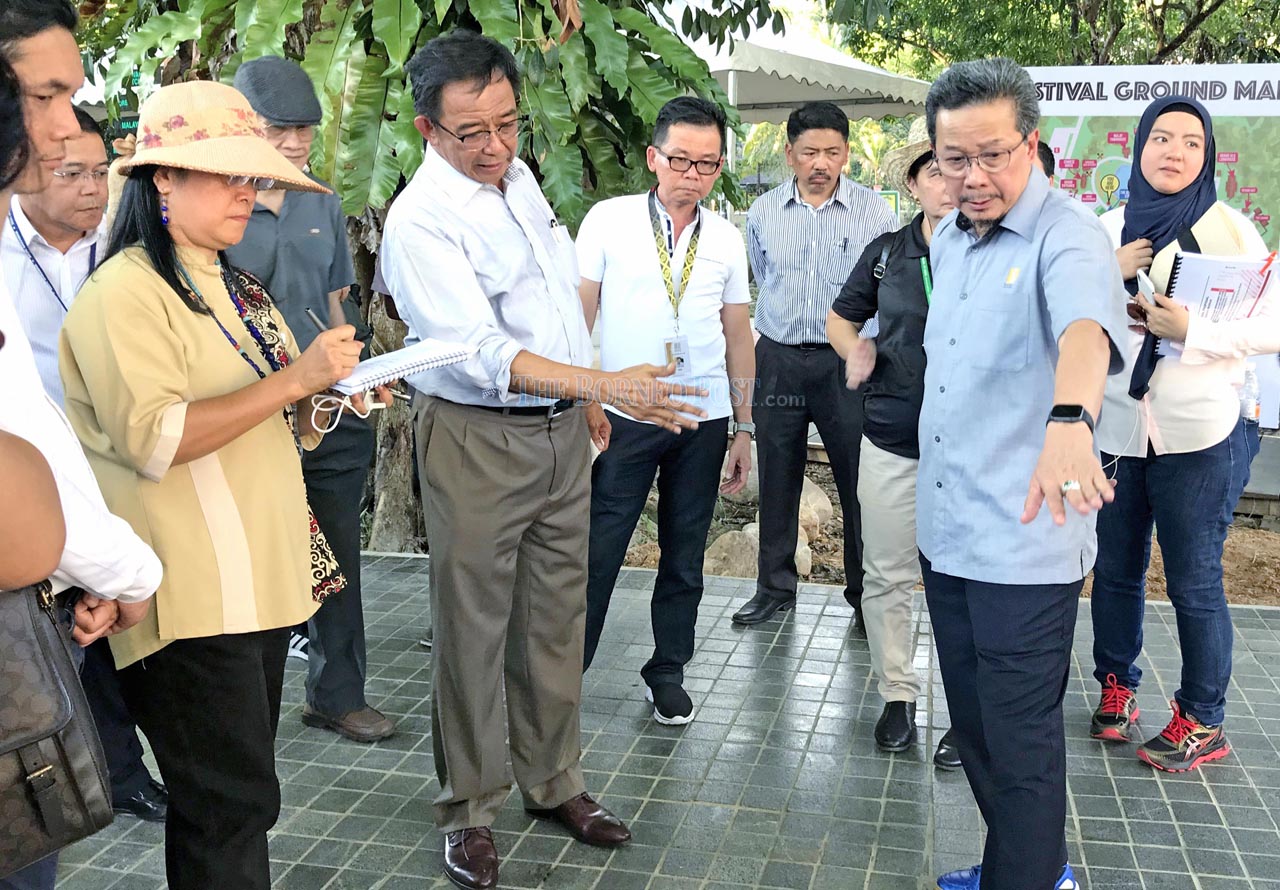 Abdul Hadi (right) shares some points with Minister of Tourism, Arts, Culture, Youth and Sports Datuk Abdul Karim Rahman Hamzah and others during the minister’s recent walkabout at SCV.

KUCHING: The upgrading and renovation works at Sarawak Cultural Village (SCV) in Damai have been completed ahead of schedule in time for this year’s Rainforest World Music Festival (RWMF) on July 12 to 14.

Sarawak Economic Development Corporation (SEDC) group general manager Abdul Hadi Abdul Kadir said the works were started last month, and most of them have been completed ahead of schedule.

“We have also included improvement works to cover the Internet connectivity and wider coverage for the nearby Damai Central, which will provide convenience for those who will be patronising the three-day festival,” he said.

Abdul Hadi urged the public to arrive early to the festival venue to avoid traffic jam and parking woes especially on the road leading to the village, which will be experiencing a hike in the number of vehicles during the period.

“There will be a lot of traffic at the Damai area, and we call on the general public to cooperate with the relevant authorities and personnel who will be stationed at strategic locations to ensure the smooth flow of traffic during the festival,” he said.

He added that the spin-off effects from the RWMF are many, with the chain of hotels belonging to SEDC fully booked by the festival-goers including those from overseas.

“Rainforest World Music Festival has put Sarawak on the global tourism map for indigenous and folk music and songs. It has also succeeded in bringing tourists from many countries to converge on here for the celebration of world music.”

Thirty-nine musical groups from over 20 countries will be performing at the RWMF this weekend, who will showcase an exciting mix of international folk and indigenous music and songs.