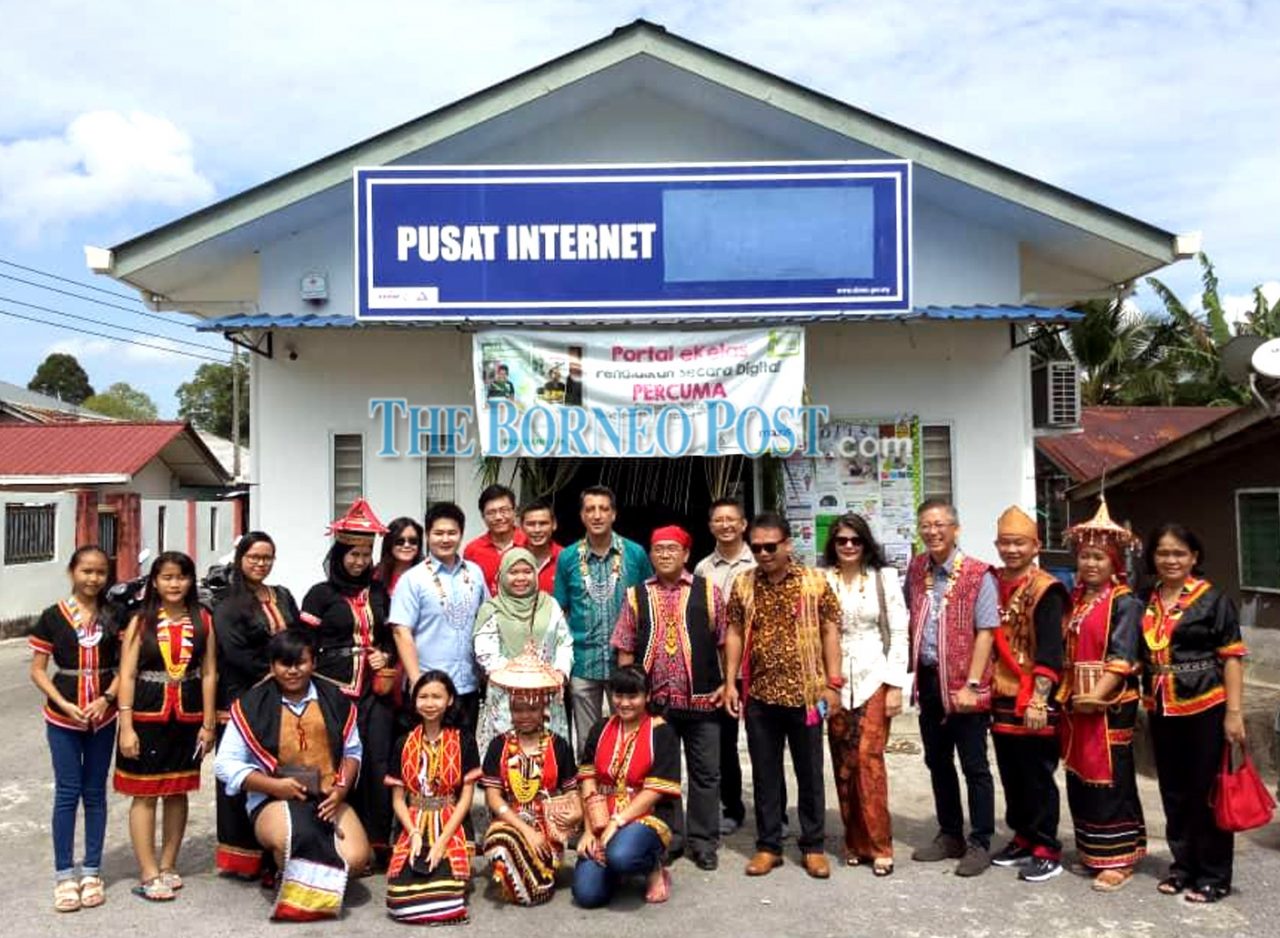 Ogut (ninth right), Jacques (eighth right) and other Maxis officials and villagers pose in front of the Internet centre.

SERIAN: The Kampung Taee Internet Centre recently hosted a Gawai-Raya gathering, and to welcome officials from Maxis to the village.

Maxis chief executive officer (CEO) Gokhan Ogut visited the village to see for themselves the workings of the Internet centre, which was also his first visit to Sarawak, after being appointed CEO.

They were welcomed at the village on arrival by the headman Jacques Kantuh, manager of the Internet Centre Ramlah Osman, the villlage development and security committee (JKKK) and villagers dressed in the traditional Bidayuh costumes.

“The spirit of unity and solidarity was evidenced among the villagers. Our guests were very excited, and we hope they will come back again in the future,” Jacques said.

Meanwhile, various activities were held during the event, such as cultural performances, visit to the Internet centre where live tutorial eKelas was conducted, and lucky draws, All the guests were later feted to sumptuous food and drinks.

“This is the first time that a Maxis CEO and other VIPs visit the village. We offered them the best in hospitality so that they will remember us,” said Ramlah.

The Internet centre was selected to hold the Gawai Raya celebration, after coming first place in the Gawai-Raya decoration competition sponsored by Maxis eKelas.

eKelas is a free and interactive learning programme for Year 6 and Form 5 students.

To know more about this programme, visit www.ekelas.com.my.