Wednesday, July 15
You are at:Home»News»Man dies on massage chair while waiting for flight at Miri Airport 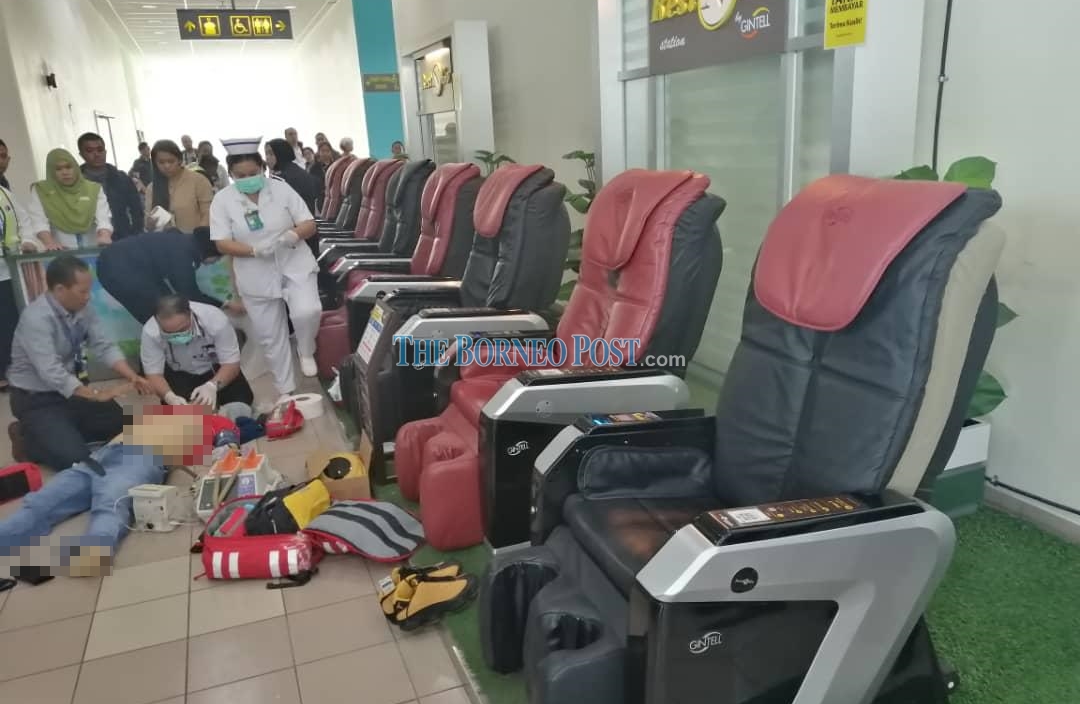 Medical personnel attempting to revive the victim, who was found unconscious on a massage chair at the airport.

MIRI: A man aged 38 was found dead in Miri Airport here at around 1.05pm yesterday.

Miri District police chief ACP Lim Meng Seah, who confirmed the case, said the deceased was earlier found lying unconscious on a massage chair at the departure hall by an immigration officer.

The officer then informed his supervisor and Malaysia Airports Berhad (MAB) and Medic Airport personnel to provide respiratory assistance.

It was learned that he was waiting to board a flight to Singapore as he had worked as a cook there.

Lim added that the victim was declared dead by paramedics who arrived at the scene.

“Initial investigations found that the victim was lying in front of a massage chair in the departure hall and was given breathing aid by the airport medic.

“Hospital personnel also arrived at the scene and provided emergency respiratory assistance or CPR,” he said.

“Witnesses at the scene said that prior to the incident, the victim had sat on the massage chair at the departure hall for about an hour,” he added.

The case has been classified as sudden death, pending a postmortem.

The body has since been sent to the Miri Hospital’s morgue.

Lim said results from a preliminary look at the body at the morgue revealed that there was no foul play involved.

Previous ArticleMainlanders among Hong Kong protesters, though many stay away
Next Article Grab driver’s murder accused referred to mental hospital