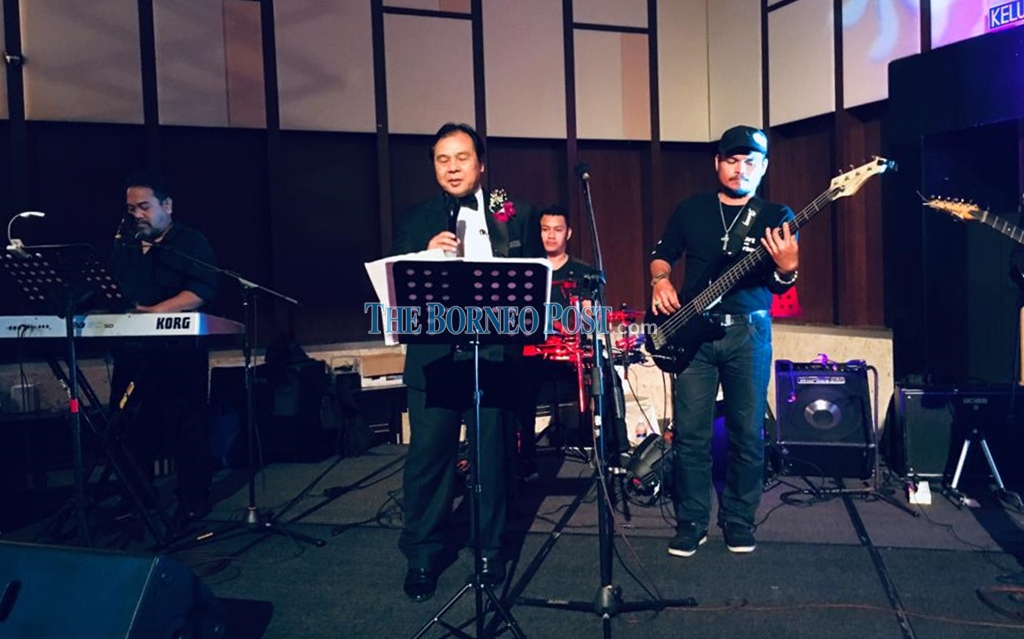 Dr Jerip sings onstage at the SFAS 40th Anniversary Dinner, marking his first public appearance since he announced his resignation from PSB.

When queried by the media tonight, he declined to give any comments and asked the reporters to instead report on the dinner which he had officiated, before rushing away.

“No politics tonight. What you ask for is a personal thing which I won’t comment on. No comments,” he told the reporters after he officiated at the Sarawak Forwarding Agencies Association’s (SFAS) 40th Anniversary Dinner at a leading hotel here.

Dr Jerip also went onstage to perform an Iban number titled ‘Ukai Langkau Arau’, which loosely translates to ‘you are not a temporary shelter’ in English. The song is about a loving girl the man in the song meets, and not wanting to treat her as just a simple fling.

His attendance at the function was his first public appearance after he had announced his resignation from PSB on Thursday.

Prior to that, the Mambong assemblyman was PSB deputy president.

This has led to speculation on which Gabungan Parti Sarawak (GPS) component party he would join or whether he would remain as a GPS friendly independent until the next state election due in 2021.

His resignation from PSB has also triggered rumours that other elected representatives from the party would follow suit.

Meanwhile, earlier at the function Dr Jerip pledged government funding of RM20,000 to the association for training and upgrading courses.

He explained this was to help to improve the business capacity of the forwarding sector. SFAS represents more than 100 member companies.