Thursday, July 2
You are at:Home»News»Sarawak»STAR delighted with road named after late Dr Patau 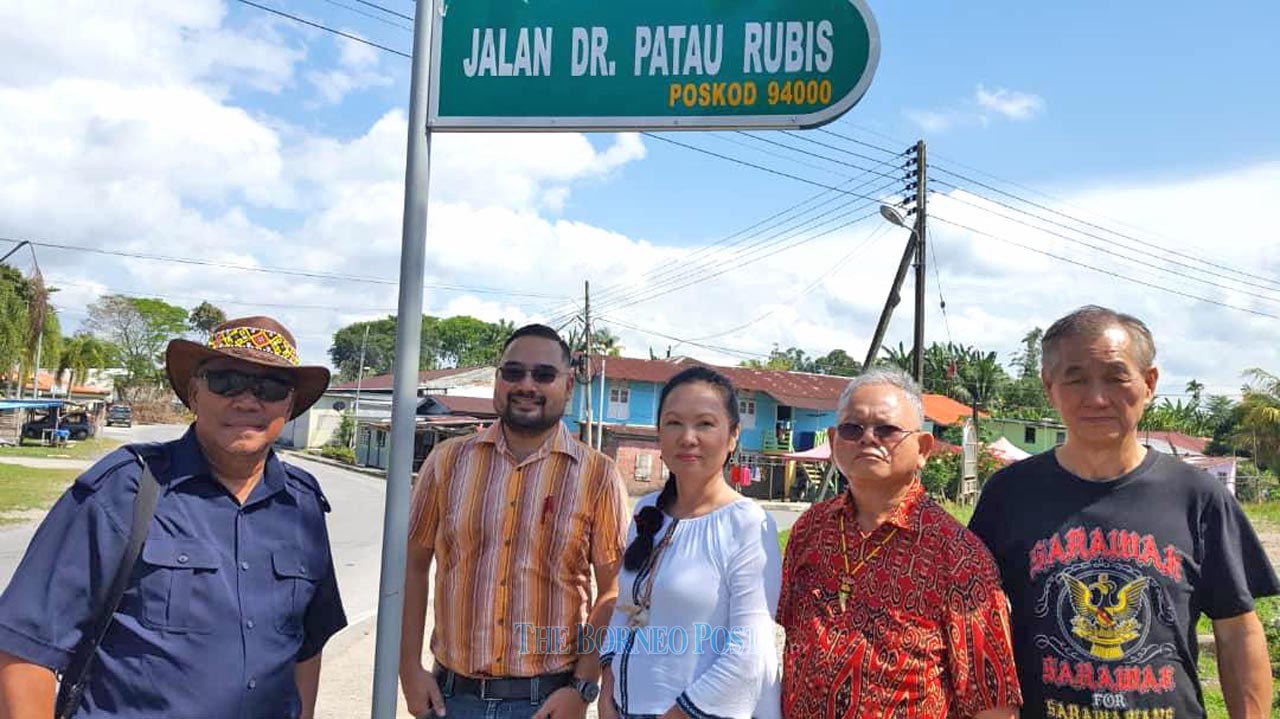 Sean (second left) with Soo (centre) and others pose at the road sign of the newly-named Jalan Dr Patau Rubis.

BAU: State Reform Party Sarawak (STAR) has expressed its delight over the decision by the district office here to name a road after its founding president, the late Dr Patau Rubis.

Party president Lina Soo in a statement said the new road, which is off Jalan Tasik Biru, had been unnamed until yesterday.

“The decision by Bau District Office to name the road after Dr Patau Rubis was in acknowledgement of Dr Patau’s contributions to the tremendous development of Bau when he served as Assistant Minister of Works,” she said.

According to Soo, the late Dr Patau had approved and implemented many projects during his tenure as state assemblyman, member of parliament and state assistant minister, such as Bau Hospital, Bau Civic Centre, stadium, community hall, churches, Siniawan bypass, rural electrification and gravity water feed for many areas in Bau, as well as numerous village roads.

“We express our thanks to the relevant authorities for making it (naming of Jalan Dr Patau Rubis) possible,” she said, adding Dr Patau was derserving of the honour.

Among those present to witness the naming of the new road were Dr Patau’s son Sean, relatives and friends including Alim Mideh, Salam Chimie and Albert Voon.

He founded STAR after being suspended from Sarawak National Party and sacked as state assistant minister in 1995.

Prior to entering politics, he was deputy director of the state Health Department.