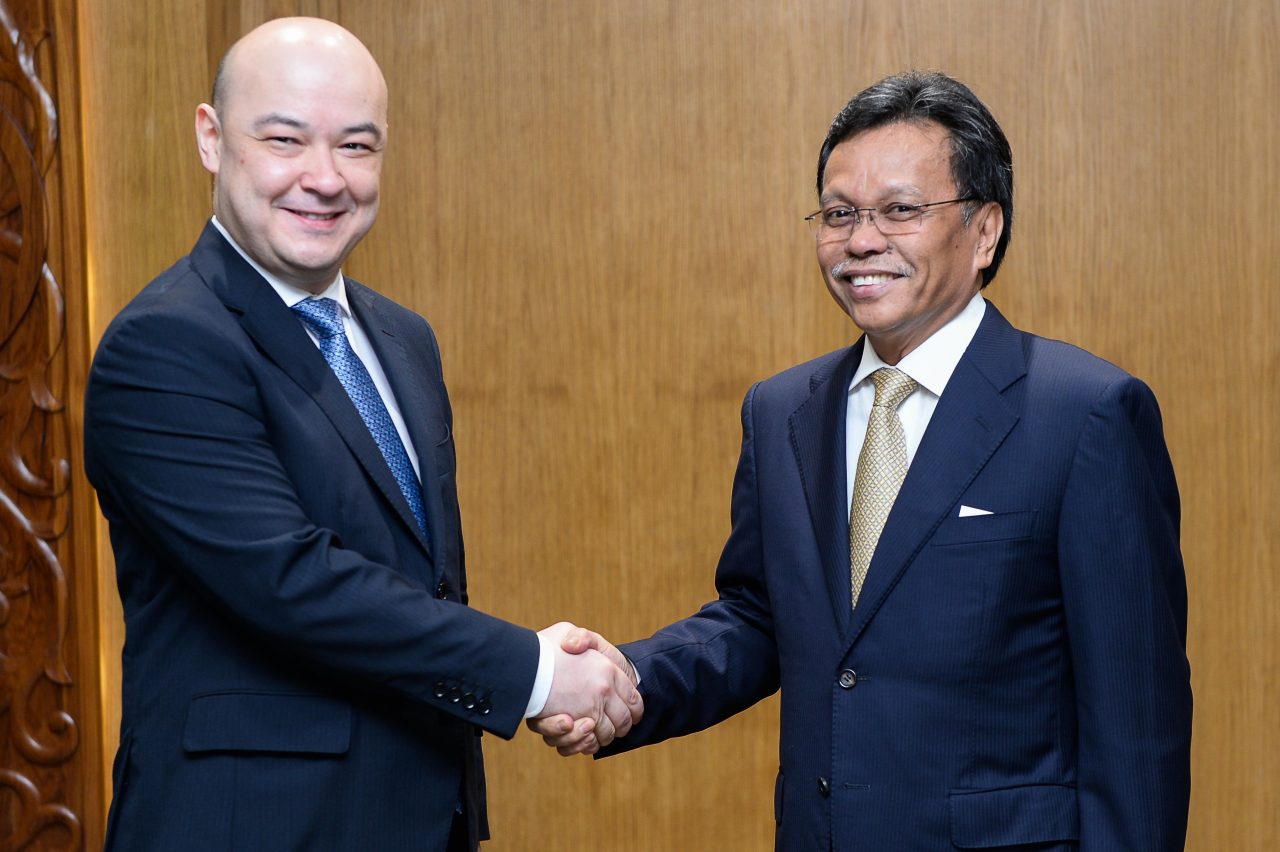 Shafie with Ravshan in his office at the Sabah State Administrative Centre.

The ambassador and his delegation arrived at 4 pm and thereafter had a meeting with the chief minister at his office for about an hour.

“We also discussed a number of potential bilateral cooperations. For example, in sectors such as tourism, as Sabah has many attractive places.

“We also talked about manufacturing products such as handicrafts as we know Uzbekistan has expertise in the field and we can learn from them,” he said.

Mohd Shafie said he also mentioned investment prospects in Sabah during the meeting.

Previous ArticleWong considers resigning from State Cabinet after ‘hostile’ treatment from GPS
Next Article Wong: Not shocked by Dr Jerip’s resignation, but by how he could pose for photos with us before he did