Friday, July 10
You are at:Home»News»Wong considers resigning from State Cabinet after ‘hostile’ treatment from GPS 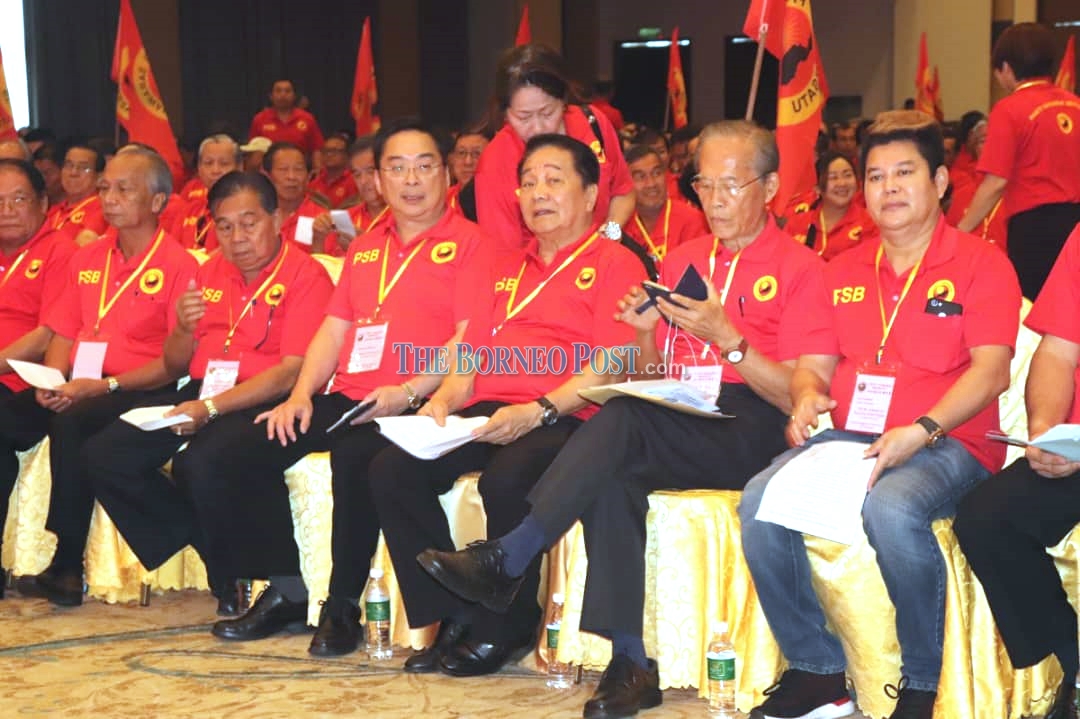 Wong (third right) and others seated before the start of the conference.

Wong said that perhaps GPS may have viewed PSB’s recent rapid ascent to a larger and more popular party as a threat to them, which prompted them to take drastic action against them and treated them as distrusted outsiders.

“Since the state leadership has cut off the arms and legs of our party PSB, I am of the opinion that I would have no moral locus standi (right or capacity) to represent the party in the State Cabinet.

“I will seek the approval of the annual delegates conference as to whether I should resign from the cabinet, after all, to me, it is a matter of political integrity to do so.

“And resignation is the only honourable way out because the cabinet post is for the party and not for me personally,” he said in his speech when officiating at the second PSB Extraordinary Delegates Conference here today.

He added that they merely took in some leaders who either resigned or had been sacked from other component parties of GPS.

“We did so with the good intention of strengthening not just our party, but also indirectly helping GPS in the event that these leaders choose to join the opposition.

“The launching of our party PSB in various areas and recruitment of new members is to enable us to serve more people, particularly the rural community.

“These areas may have belonged to some component parties of GPS. I can see no wrong in what we are doing; after all, in the constituencies currently held by PSB, there are likewise GPS parties actively pursuing and trying to take over, for example in Bawang Assan, Dudong, Engkelili and Opar.

“This is tantamount to the age-old saying ‘Do not do unto me what I can do unto you’,”

More than 4,000 PSB members attended the event, which also saw the launching of the party.