Monday, July 13
You are at:Home»News»Wong: I will seek CM’s advice before resigning from State Cabinet 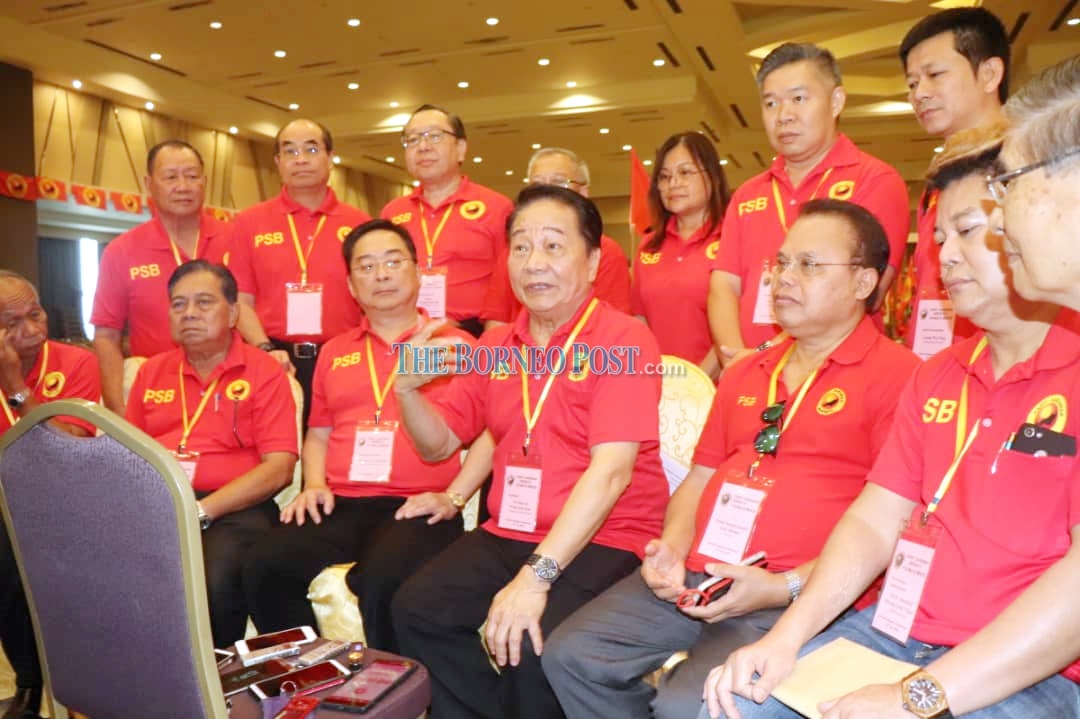 Wong (seated fourth right) said he will seek the chief minister’s advice on his intended resignation from the State Cabinet.

“It was he who appointed me. The appointment of ministers is the prerogative of the chief minister.

“So if I want to leave I should seek his advice as to when and how I can leave the cabinet,” he told a press conference after he officiated at the PSB annual delegates conference and party launching held here today.

Wong, who is also Second Finance Minister and Minister of International Trade and E-Commerce, said that PSB delegates has passed a resolution to leave it to him to decide whether or not he should resign or when he would resign during the conference.

This following his speech earlier where he had said that he has no ‘moral locus standi’ to represent the party in the state cabinet because “all my legs and arms have been chopped off”.

“So I said it is only a matter of political integrity that I should resign,” he said.

He also said that whatever his decision later on, he will continue on as the party president without holding a cabinet post.

“I am still working hard as PSB president to unite leaders under one umbrella to move forward.

“As I said, the road ahead is very wide and our future is very bright,” he said.

Previous ArticleWong: Not shocked by Dr Jerip’s resignation, but by how he could pose for photos with us before he did
Next Article Rabies: Engkilili longhouse latest to be declared infected, bringing number of areas to 63