Thursday, April 9
You are at:Home»Business»BizHive»Bearish signs on the FBM KLCI chart 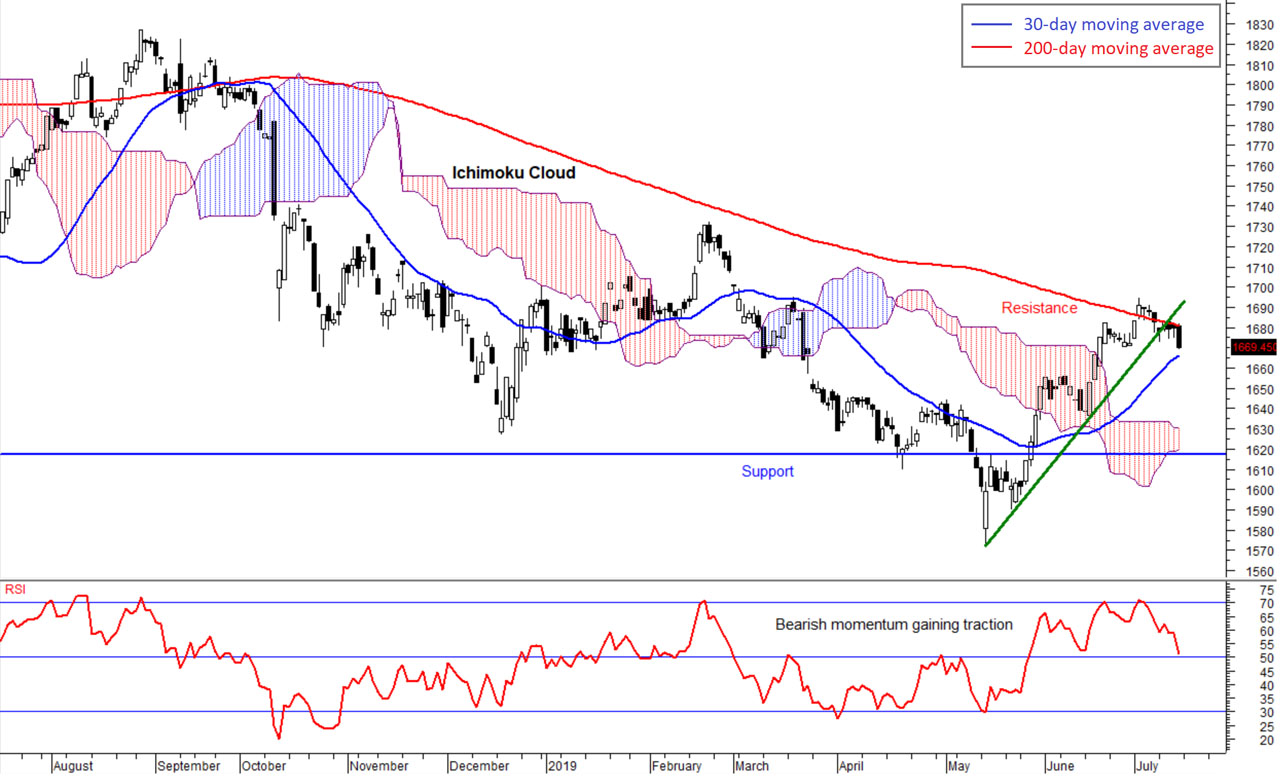 The market pulled back to a three-week low last week after climbing to its highest in four months about two weeks ago.

The local market performance was in line with most of the markets globally except for the US market which climbed to a historical high. This indicates weak market confidence and the FBM KLCI remained in the red year-to-date while other markets are in the black.

Markets generally closed lower last week with the exception of the US market. The US Dow Jones Industrial Average and the S&P500 index rose to historical highs.

The index failed to test the 1,700 points psychological resistance level two weeks after it climbed above the long term 200-day moving average at 1,685 points. This indicates a weak market sentiment.

Furthermore, the index is now above a thin Ichimoku Cloud indicator and this indicates weak support in the up trend.

Momentum indicators continued to decline and this indicates that the bearish momentum is gaining traction. The RSI and Momentum Oscillator indicators are declining and are near their mid-levels. Furthermore, the MACD has fallen below its moving average.

The technical indicators in the chart show signs of weakness in the bullish trend. Last week’s decline was an indication of a weak market sentiment despite expectations of the FBM KLCI testing the psychological 1,700 points.

Henceforth, we expect further declines for the index and may test the support level at 1,657 points and if the index is not supported at this level, further downward correction is expected. The next technical support level is at 1,640 points.

Global markets indices and commodities performances as at July 12, 2019