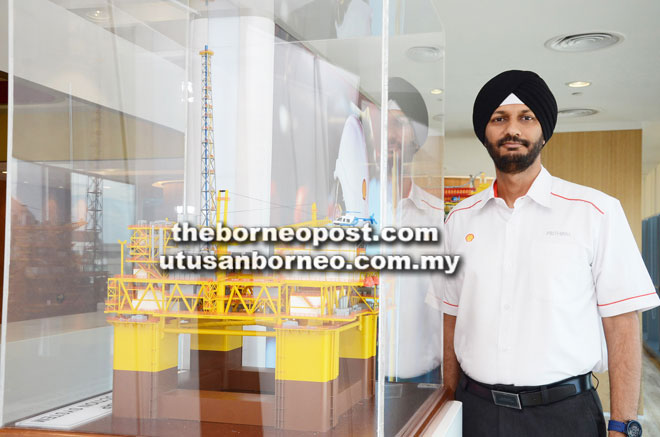 Shell operates two deepwater assets in the state, namely Gumusut-Kakap and Malikai, which were commissioned in 2014 and 2016, respectively.

Prithipal said both Gumusut-Kakap and Malikai produced at least one-third of the oil production in Malaysia.

“We see there are opportunities for growth in Sabah.

“And we hope to continue to invest and develop hydrocarbon resources with our partners in the state,” he said in an interview with thesundaypost here.

With a production capacity of 165,000 barrels a day, the platform contributes significantly to the country’s oil and gas production.

Prithipal said Gumusut-Kakap was a hub system whereby a network of wells feed into it, which also allowed for additional wells to be drilled and added to the network.

“In fact, new additional wells that we started drilling last year are now ready for hooking up to the system under a project called GK Phase 2.”

Located offshore Sabah in water depth of 500m, it began production in December 2016 and has a rated peak production capacity of 60,000 barrels per day.

In 2017, Malikai was awarded ‘IEM Outstanding Engineering Achievement Award’ by the Institute of Engineers (IEM), Malaysia.

“This is the first time in decades that the IEM’s highest honour was awarded to an oil and gas company.

“We are very proud to receive the award knowing all these were done in-house by our people,” he said, adding that the criteria of the award included complexity of the project, challenges, as well as technological and safety aspects.

Prithipal said the company was also committed to building the capacity of local contractors through organising training programmes to equip the workers with the right skills.

“All our offshore caterers are 100 per cent Sabahans.

“And we encourage more Sabahan workers and help develop their skills for major maintenance of our topside.”

At the same time, Prithipal said Shell engaged with the state government to determine the focus of human capital development in Sabah.