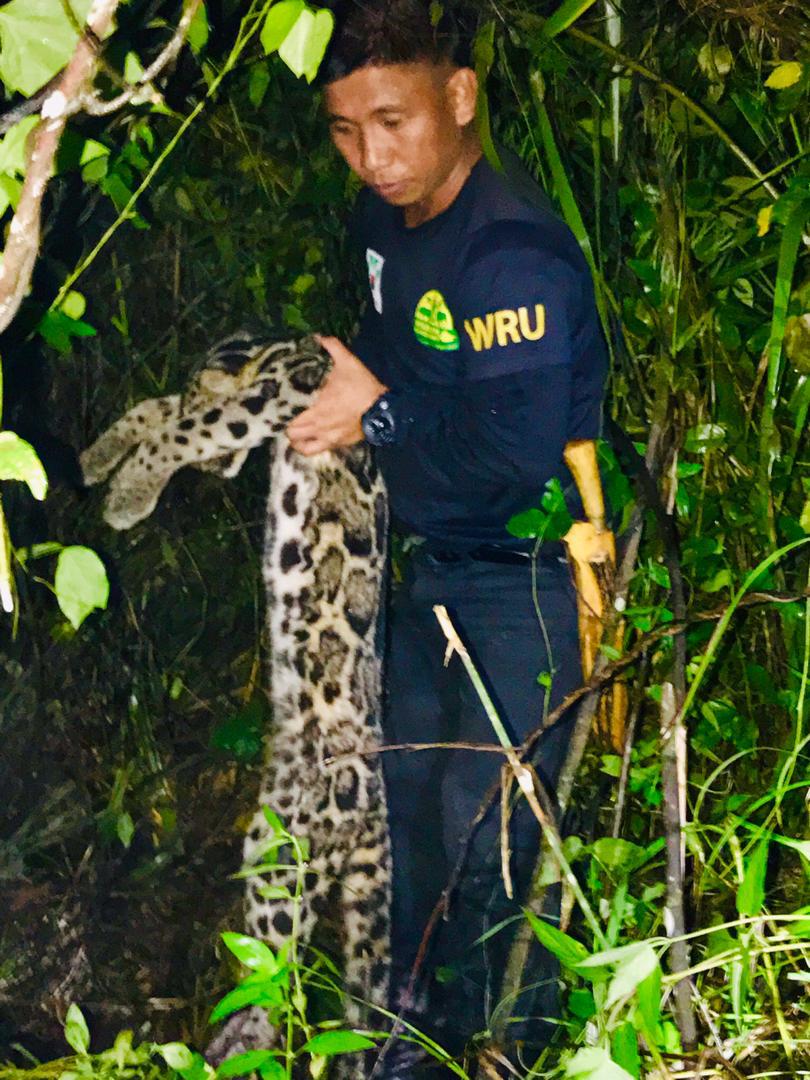 KOTA KINABALU: Minister of Tourism, Culture and Environment, Datuk Christina Liew has given the Sabah Wildlife Department’s Wildlife Rescue Unit (WRU) a pat on the back for its success in rescuing a juvenile clouded leopard at Kg Perancangan in Ranau yesterday.

“Kudos to the Wildlife Rescue Unit (WRU), led by Dr Sen Nathan, and his team for their speedy action in capturing the clouded leopard after receiving reports that it was  roaming around the village, causing much fear that it may bring harm to the villagers and/or their livestock.

“I understand that the leopard was taken to the Lok Kawi Wildlife Park at 10am on Saturday for further treatment. Once it has been treated and nursed back to health, the plan is to translocate it to a protected forest reserve in the east coast of Sabah,” she said in a statement, issued here, yesterday.

On July 12, the WRU team left for Kg Perancangan at 3pm in an attempt to capture the clouded leopard, and arrived on site at 7pm where they met the informant and the village chief for more information. 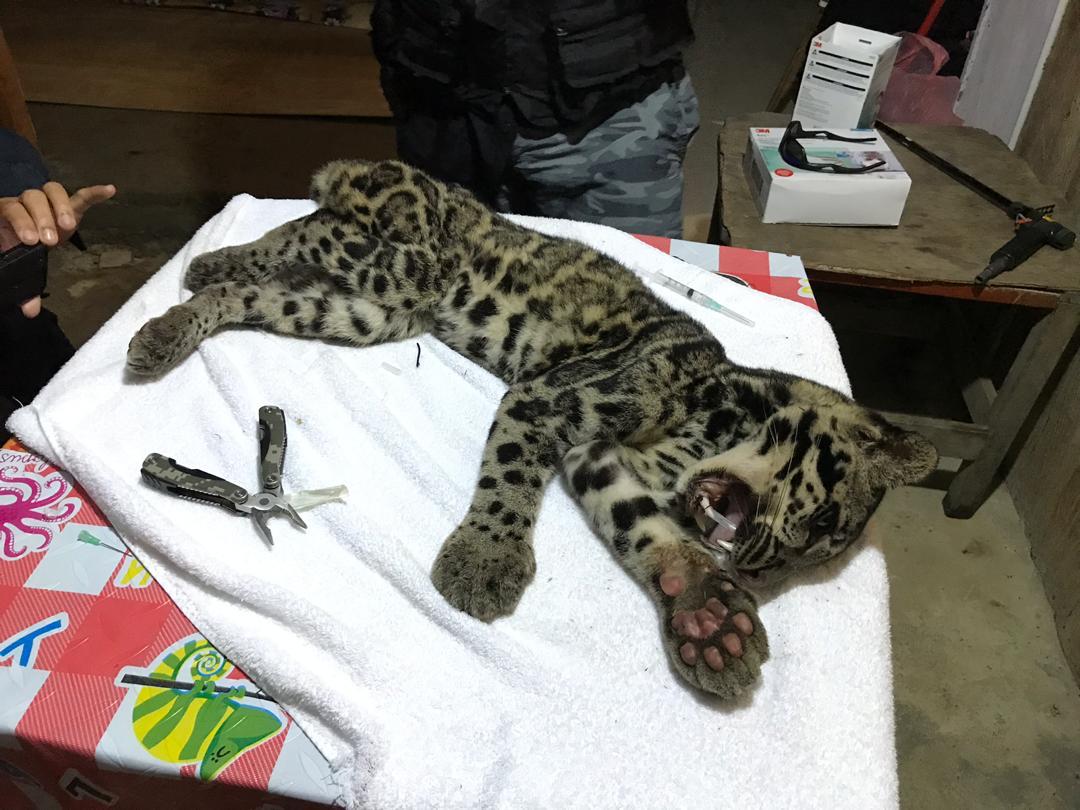 The clouded leopard which will be translocated to a protected forest reserve in the east coast of Sabah.

The informant, Mr Albinus, a teacher, said the animal was first seen two days ago and no one had seen it before around the village.

A trap was set up around the area and constant patrolling by WRU was done throughout the night.

Early in the morning of July 13, at about 3.45am, the clouded leopard was seen with a prey, a chicken in its mouth, attempting to go back into a small forested area from the village.

Sen successfully darted the animal with sedative drug and it was given immediate medical attention.

Liew said based on the observation, the animal was not in good shape as it was thin with an estimated age of less than 12 months old.

“The animal was suspected to be separated from its mother and probably lost its way. There have been documented cases of wild clouded leopards occurring in the Poring area.”

The minister also thanked the village chief and villagers involved for their cooperation and concern for wildlife in Sabah.

“Congratulations to Kg Perancangan. The villagers should be exemplary to other villages in Sabah. I take this opportunity to once again thank Orangutan Appeal UK for its recent donation of three new WRU vehicles. Without them, this rescue operation would not have been possible. The Sabah Wildlife Department  is also indebted to the Malaysian Palm Oil Council (MPOC) for its funding for WRU since 2010,” she said.