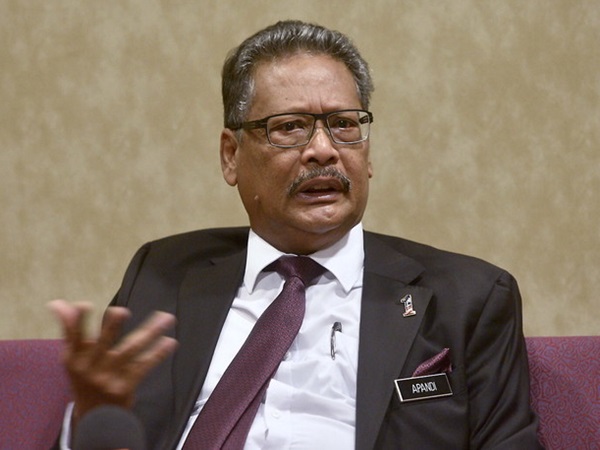 Mohamed Apandi filed the suit on July 5 through the legal firm Messrs Saibullah M.V. Nathan & Co. It named Lim as the sole defendant.

The media obtained a copy of the document today.

In his statement of claim, Mohamed Apandi, who was the AG from July 27, 2015, to June 4, 2018, stated that on May 6 this year, Lim had written and caused to be published an article entitled ‘Dangerous fallacy to think Malaysia’s on the road to integrity’ in Malaysiakini.

He claimed that the alleged libellous words in the article meant that he was involved in crime and had abetted in the 1MDB financial scandal, was a person with no morals and integrity, was unethical and had abused his power when he was the AG.

He said the libelous words were untrue and written with the intention of tarnishing his image and credibility as a former Malaysian AG for cheap publicity.

The publication of the alleged libellous article, he said, had caused him embarrassment, not only among family members but also acquaintances and the legal fraternity.

Mohamed Apandi claimed that the article was read by many people as it was republished and shared through WhatsApp, Twitter and other social media forums such as Facebook.

He claimed that a notice was sent to Lim last June 13 seeking his withdrawal of the statement and also for him to give an apology, but Lim failed to do as requested.

Mohamed Apandi is seeking aggravated and exemplary damages, as well as RM10 million in general damages, an injunction to prevent Lim and/or his agents from publishing the alleged defamatory words again and other relief which the court deems fit. – Bernama