Wednesday, June 3
You are at:Home»News»Sabah»Money not from 1MDB won’t be forfeited 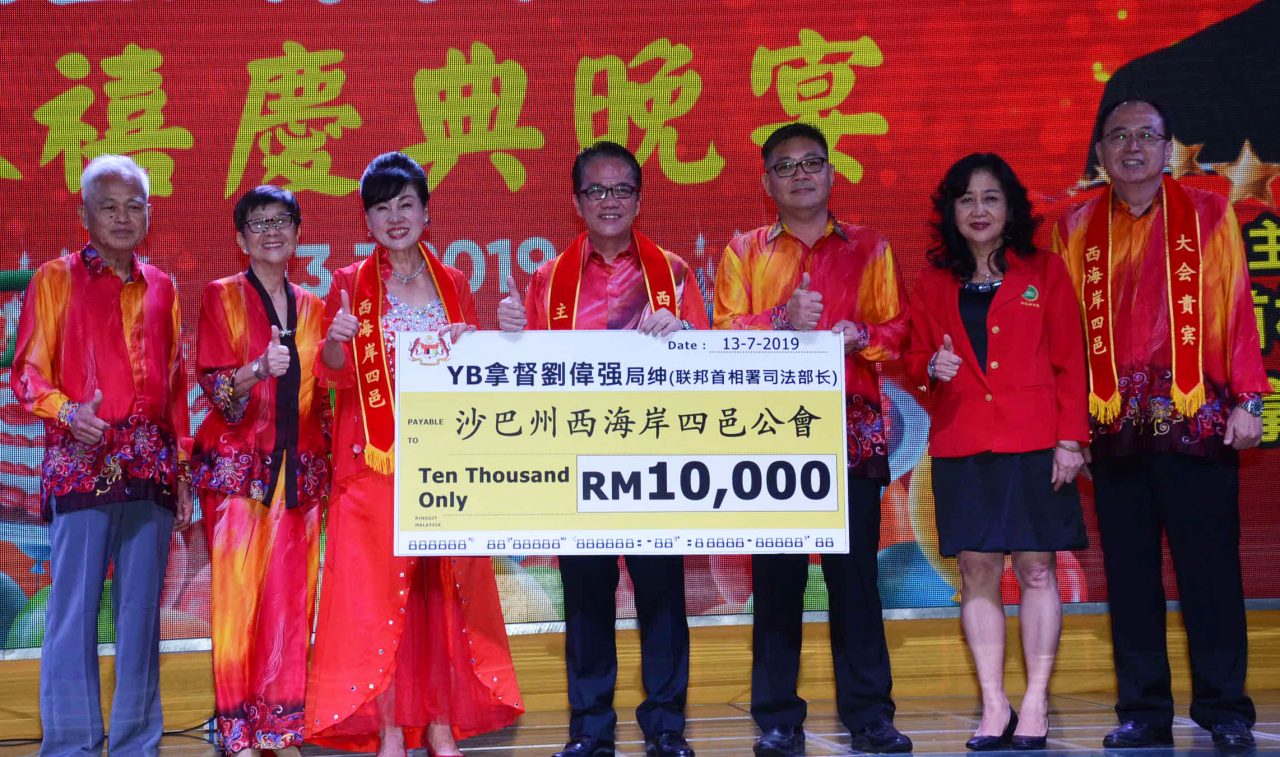 Liew (fourth right) handing over a mock cheque of RM10,000 to Wong in support of the event.

KOTA KINABALU: Minister in the Prime Minister’s Department (Law) Datuk Liew Vui Keong believed that the Malaysian Anti-Corruption Commission (MACC) would not take further action on the funds of entities, including political parties, as long as they could justify the source of their money was not linked to 1Malaysia Development Berhad (1MDB).

“If the money is not from 1MDB, it will not be forfeited.”

Liew said MACC would only look into the existing funds in the parties’ bank accounts.

“I believe the MACC will not take action against the money that has been spent.

Asked about LDP, of which Liew was the former president, he said the current leadership would have to explain the source of the party funds.

He reiterated that no action would be taken on the money that has been spent by political parties, only the remaining funds if it was linked to 1MDB.

On LDP’s claim that Liew had received funds to the tune of RM3 million from the Barisan Nasional (BN) leadership during his tenure as president, the now permanent chairman of Parti Warisan Sabah said he had left the money for the party.

“They (the current LDP leadership) will need to explain where the money is from.

“Let them explain how much money is left in LDP bank account after they kicked me out in 2013.”

When asked if the LDP’s money was linked to 1MDB, Liew said the explanation should be done by the current leadership.

“Why had they frozen my party membership and changed my signatory in the bank? Was it because there was a sizeable sum of money in the bank?”

Liew said how the party funds was spent and the amount he left behind after 2013 could be determined through the financial statements passed in the party congress from 2014 onwards.

“I, Liew Vui Keong, have not done anything wrong to them.

“My conscience is clean.”

Meanwhile, Sze Yi Association West Coast Sabah president Datuk Susan Wong Siew Guen has paid tribute to predecessors of the association for their selfless contribution for the past 71 years.

Thanks to the predecessors, she said the association owned a seven-storey building in the city centre, which reflected the achievements of Sze Yip folks.

She added that the association has also acquired a three-storey shoplot in Bundusan to serve as office and meeting venue.

“Both properties generate steady income for the association,” she said.

In appreciation of the contribution of the predecessors, Wong said the association gave away ang pows to elderly members during Chinese New Year, study awards to members’ children, held Mid-Autumn dinner, ancestor worship ceremony as well as organized tours to their ancestral homeland every year.

Additionally, she said the association encouraged its Women wing to organize food festival and health talks, while the Youth committee took part in dragon boat competition and youth activities such as the biennial World Youth Congress of Jiangmen.

Wong continued to say that The Federation of Jiangmen Associations Malaysia president was established four years ago to unite the people who originated from Jiangmen.

At present, she said the federation has 30 member associations, including five in Sabah, six in Sarawak and 19 in West Malaysia.

Wong, who is also the president of The Federation of Jiangmen Associations Malaysia, said the federation would be holding its annual general meeting in Kuala Lumpur on August 17 this year.