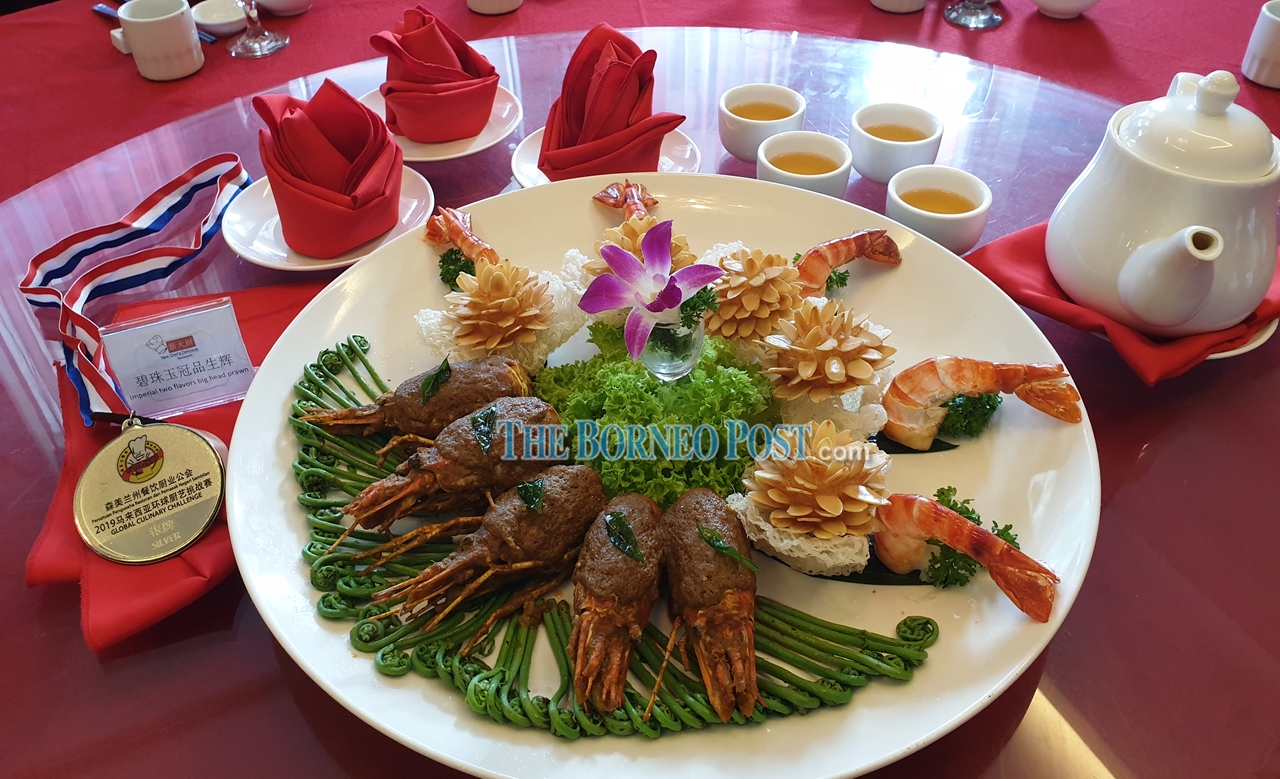 Chef Chong Vui Khen’s culinary creation took the coveted award after competing against more than 200 chefs from around the world in the international event organised by the ‘Persatuan Pengusaha Restoran dan Pemasak Negeri Sembilan’.

The competition is also recognised by the World Association of Chefs Societies. 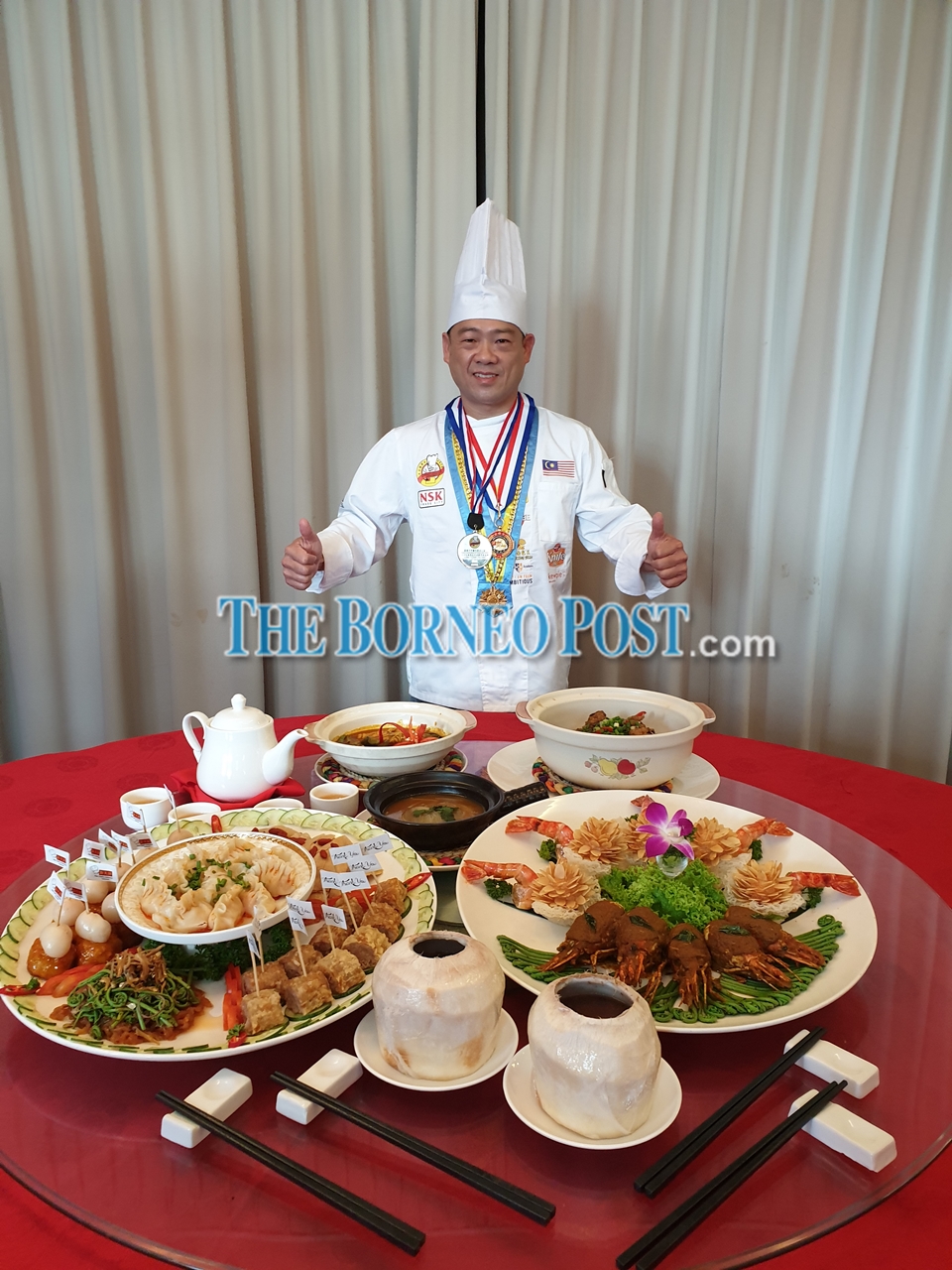 Chef Chong gives the thumbs up while posing with the restaurant’s variety of new dishes.

Chong said he decided to use freshwater prawns in his dish as one of the ways to promote Sarawak’s local fishery products.