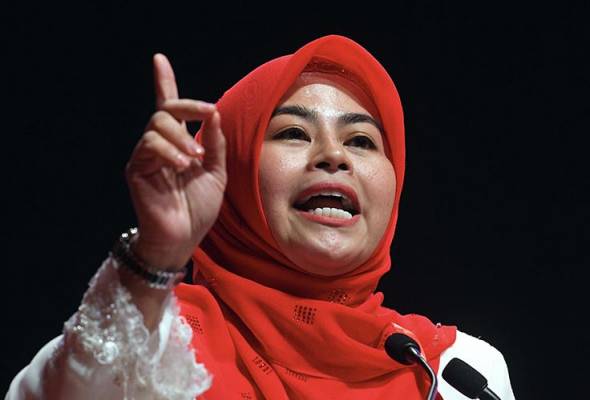 KUALA LUMPUR: The Public Accounts Committee (PAC) investigation over the “missing” RM19.4 billion Goods and Services Tax (GST) refunds has found that there was no money lost in the GST revenue collection.

Its chairman Datuk Dr Noraini Ahmad said the report tabled in Parliament today found that the GST revenue which was not transferred to the GST Repayment Fund has been used for the purpose of financing the operating and development expenditure.

“The suspension of the transfer of funds from the Consolidated Revenue Account to the GST Repayment Fund was made to safeguard the country’s cash flow position, so as not to be in an operating deficit situation where operating expenses should not exceed the revenue,” she said in a statement here today.

Noraini, who is also Member of Parliament for Parit Sulong said, move by the previous Barisan Nasional (BN) government to include all GST revenue collection into the Consolidated Revenue Account first and then transferred in stages when required and as decided by the GST Repayment Committee to the GST Repayment Fund was also not in accordance with the provisions of Section 54 (2) and Section 54 (5) of the GST Act 2014.

Section 54 (2) of the GST Act 2014 and the Trust Agreement GST Repayment Fund dated March 13, 2015, stipulated that all GST collections should be accounted for first in the GST Refund Fund, said Noraini.

“Regulation 67 (1) 2014 GST regulations provide for a period of time for the repayment of GST of 14 working days or during a practical period after the GST-03 Statement is received electronically.

“For manual statement, repayments will be made within 28 working days or during the practical period. This is to guarantee the repayment of GST is within the time set by law, “ he said.

She said the policy rate of transferring 35 per cent of GST revenue collection for each year from the Consolidated Fund to the GST Repayment Fund when needed was insufficient to cover the GST repayment request.

“Based on evidence during the proceedings, PAC Parliament found that the policy rate should be at least 42 per cent,’ he said.

Noraini said the PAC started its proceedings on September 12 last year, following statement made by Finance Minister Lim Guan Eng in the Dewan Rakyat on August 2018 which stated that RM19.4 billion in GST repayment was “robbed” by the previous government.

“The committee also received a briefing from the Auditor-General on the legality of GST repayment claims amounting to RM19.4 billion, besides seeking views from the Attorney General on GST repayment procedure,” he said. – Bernama