Thursday, August 13
You are at:Home»News»Nation»18 voting age: 21-year-olds to be registered automatically 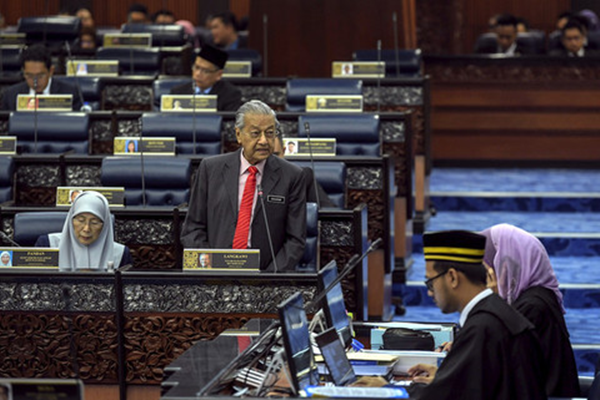 Dr Mahathir Mohamad speaks during the winding up of the debate on the Constitution (Amendment) Bill 2019 at the Dewan Rakyat. Bernama Photo

KUALA LUMPUR: The automatic registration of 18-year-old citizens following the Amendment of the Federal Constitution will also cover 21-year-old youths who have not registered as voters.

Prime Minister Tun Dr Mahathir Mohamad said the matter would be given priority by the El;ection Commission (EC) in the implementation of automatic registration of voters.

He was responding to Datuk Seri Ismail Sabri Yaakob (BN-Bera) who requested confirmation from the government that 3.9 million Malaysians aged 21 years and eligible to vote, but had not been registered as voters would be registered automatically after the amendments were approved.

“We are aware that among those who had attained the voting age (21 years) but had not registered previously, would also be registered automatically,” said Dr Mahathir when winding up the debate on the Constitution (Amendment) Bill 2019 at the Dewan Rakyat, today.

Previous ArticleConstitution (Amendment) Bill 2019 passed
Next Article Audit report: MACC is waiting for a brief on weaknesses in the report