Monday, July 13
You are at:Home»News»Chinese long for single party to represent community in govt, says Wee 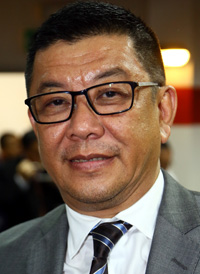 KUCHING: The Chinese community wants a ‘united Chinese party’ to represent them in working closely with the Gabungan Parti Sarawak (GPS)-led government in the fight for the state’s autonomous rights.

In asserting this Sunday, Federation of Kuching, Samarahan and Serian Divisions Chinese Associations president Dato Richard Wee said it would augur well for the community if Chinese elected representatives could come under one roof.

“It has always been the wish of the Chinese community that their elected representatives be united under one party to show unity and solidarity,” he said when contacted for comments on the recent call by Sarawak United People’s Party (SUPP) president Datuk Dr Sim Kui Hian for former party leaders and members to return to the SUPP fold.

Wee said the federation has on several occasions appealed to Chinese political leaders to set aside their differences and come together for the better interest of the community.

Despite these calls, he said it was ‘unfortunate’ that Chinese-based political parties remained divided over the past few years.

“Instead of concentrating on the interest of the community, they (politicians) are fighting for their own interests and survival.”

According to him, the Chinese community has been put in a difficult position because of the ‘political split’.

“Ideally, it would be good for all to come back together. As a whole, we would be happy to see that happen for the greater interest of the Chinese community.”