Wednesday, July 15
You are at:Home»News»Sabah»MPs call for action over diversion of GST funds 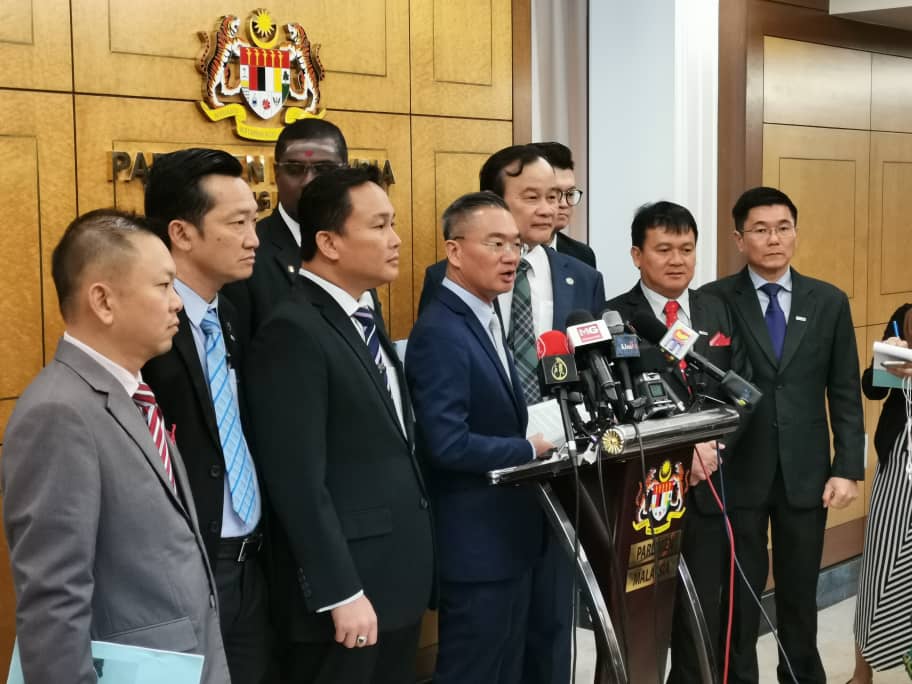 Chan (left) with other Pakatan Harapan MPs at a press conference in Parliament yesterday afternoon.

Chan further argued that the diversion corroborated Lim’s “robbery” remark despite the PAC disagreeing with this conclusion.

“By diverting the RM19.4 billion meant for refund elsewhere, Najib has indeed ‘rompak’ companies and entrepreneurs off their time sensitive business opportunities.

“These law-abiding citizens have faithfully paid their taxes but had been most unfortunately deprived off their precious funding when they need the money the most! It’s RM19.4 billion being used elsewhere and there’s nothing the rightful owners of this money could do!” Chan said in a statement.

Separately, Tanjung Malim MP Chang Lih Kang insisted that the unlawful accounting of money meant for tax refunds was both a breach of law and of trust.

Chang said provisions in the GST Act clearly stated that input refunds must be paid within 14 days whereas the Najib administration had delayed these by more than 730 days in some cases.

He said such delays contributed to rising business costs, which in turn led to higher consumer prices.

“The previous BN administration had violated the law and allowed the refund of GST Input Tax be delayed indefinitely. It is a serious criminal offence and people were tormented by skyrocketed goods price because of their deed,” Chang said in his statement.

Both MPs concurred with Attorney General Tommy Thomas that the diversion was unlawful, before pressing him to pursue those responsible.

However, she said the PAC found that the GST revenue was unlawfully included in the Consolidated Account rather than the GST refund pool, which violated provisions from the GST Act.

The PAC also concluded that the money was spent on operating and development expenses.