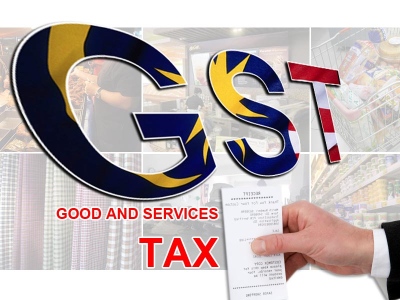 KUALA LUMPUR: The Public Accounts Committee (PAC) has found that Goods and Services Tax (GST) refunds totalling RM1.5 billion that have been approved had not been paid as of May 31, 2018.

This is among the findings contained in the PAC’s report on the RM19.4 billion outstanding claims for GST refunds due from the Royal Malaysian Customs Department (RMCD).

According to the report which was based on the testimony from the RMCD, there were RM9.6 billion worth of claims which still needed to be reviewed, but the RMCD director-general confirmed that more than 90 per cent of the claims were legitimate.

The PAC also found that RM3.9 billion worth of claims were subject to the normal review and were not being investigated or audited and RM0.9 billion of the claims have been settled and must be paid when the MOF exempted Mass Rapid Transit Corporation Bhd and Prasarana Malaysia Bhd.

Meanwhile, RM3.5 billion worth of claims still needed to be investigated but it does not mean that the claims were baseless.

To complement its investigations, the committee had sought the views of the Attorney-General (AG), Tommy Thomas in relation to the management of GST collections and the refunds.

According to the PAC, Thomas had opined that the government’s move to transfer the GST funds directly to the consolidated revenue account was a breach of fundamental trust law principles and trust accounting requirements.

He said the action contravened Section 7 of the Financial Procedure Act 1957 and Section 54 of the GST Act 2014, which guaranteed that eligible taxpayers will receive a refund for the amount of GST they paid.

The PAC said that the Ministry of Finance and RMCD were of the opinion that channelling the GST collection to the consolidated revenue account was in line with Article 97 of the Federal Constitution; however, the AG said the practice was against the law. — Bernama

Previous ArticleSRC has to repay RM9.2 billion to KWAP — Lawyer
Next Article Contribution from Digi’s postpaid to match prepaid by 2H19