Tuesday, October 19
You are at:Home»News»Sabah»Seaweed cluster projects in Sabah not achieving objectives 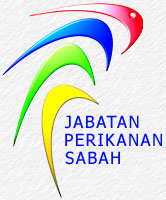 KOTA KINABALU: The implementation of the seaweed cluster project in the state under Sabah Fisheries Department has not met its objectives as only four of the 10 clusters planned were set up and in operation.

According to the 2018 Auditor-General’s Report Series 1, an estimated 360 participants have yet to benefit from the project as six clusters targeted have yet to take off.

According to the report, as at 2018, Sabah is the largest grower of seaweed in the country with an area of 9,836 hectares.

“The east coast of Sabah (Semporna, Lahad Datu, Kunak and Tawau) represents 99.9 per cent of the cultivated area while the remaining farms are found the west coast (Tuaran).

“The government’s target is to create 10 clusters involving 600 participants by 2020,” the report said.

To overcome the weaknesses identified and to ensure the seaweed cluster project is managed efficiently and effectively, the Auditor-General recommends that Sabah Fisheries Department takes four improvement measures.

The first measure is to carry out detailed planning including the issue of land and appoint competent pioneer participants to expedite the setting of the remaining clusters to ensure the project operate well and benefit the farmers.

The second step is to conduct research and development to produce seaweed seeds which could yield higher productivity to achieve the objective of five tonnes per hectare per year for each participant.

The third measure is to create a marketing mechanism with the cooperation of the Area Farmers Organisation to assist farmers sell seaweed at a more competitive price and is not limited to a middleman monopoly or a specific company while the government should also set the floor price by providing subsidy to stabilise seaweed price.

The fourth move is to educate and provide guidance to participants to practice the approach of semi-commercial farming so that the products could be marketed globally. – Bernama