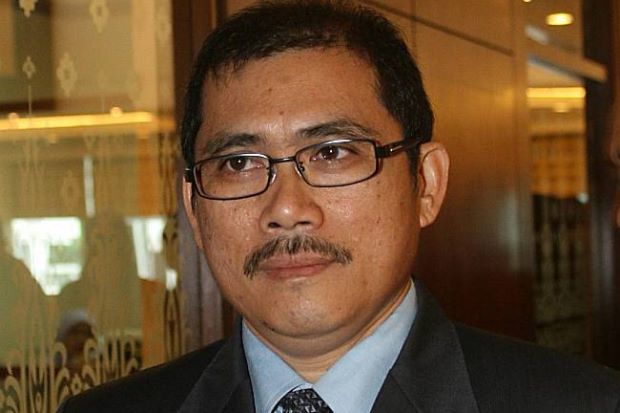 KOTA KINABALU: The Parti Pribumi Bersatu Malaysia (Bersatu) registration process is based on inclusive approach which provides a space for all parties which fulfilled the membership enrolment conditions set by the party.

However, Sabah Bersatu Leadership Committee secretary Datuk Seri Dr Ronald Kiandee said the party has a certain mechanism to ensure members register voluntarily. Contrary to Umno, he said Bersatu always gives priority to ‘member’s quality’ than ‘member’s quantity’. Thus, the statement by acting Tuaran Umno Division chief Datuk Seri Abdul Rahman Dahlan saying that there are Umno members who have been registered as a Bersatu member without their knowledge is totally baseless.

Rather than making baseless accusation, Kiandee said it would be better for Abdul Rahman as a former Barisan Nasional 14th General Election Strategic Communication Director to learn from experiences.

“It is best that he give full focus on mending Umno than questioning Sabah Bersatu’s working condition, though I am confident that he made the statement out of his ‘excitement’ on seeing the responses received by Bersatu in Sabah, particularly in Tuaran.   “Things which he can probably consider to focus on is like on ensuring the ongoing delegates meetings by the Umno divisions in Sabah are proceeding in accordance to the party’s constitution and regulations.

“I am confident Abdul Rahman is aware of what is happening,” said Kiandee in a statement yesterday.

“To join Bersatu is one’s personal right and decision. Need to remember that entry into Bersatu is made on voluntary basis and without any condition or guarantee of a post. This has always been stressed by Bersatu chairman Tun Dr Mahathir Mohamad.

“I am confident the people out there will not just simply believe in allegation that Sabah Bersatu practises ‘selective-accommodation’ just because it cannot fulfil the wishes of certain individuals to hold a post like a protem division chief,” he said.

He added various factors have been taken into account in deciding on the leadership at the protem committee level to ensure Bersatu is seen as a relevant political platform in Sabah. Among them is the people’s acceptance on the leaders during the past election which had been translated into election results.

“Bersatu practises a far more inclusive democratic system and those who are sincere to the struggles can offer themselves for any post during the election process.

“Leaders with big soul will always be ready to give a space to the new leadership line-up. We have been lifted and supported by those on the ground as a leader and time will come for us to be opened to assist and support other leaders, particularly those leaders proven to have the people’s trust through the election.

“As a leader, we are not only ready to lead, but also ready to be led. Sabah Bersatu leaders and members need to start and work based on this principle and make what had happened in the other organisation as a lesson,” Kiandee added.

Abdul Rahman was of the opinion Sabahans are aware that in Sabah’s politics, Bersatu will not go far.

“The expansion of PPBM to Sabah was more for personal interest than actually fighting for the rakyat. The 21 former Umno Sabah divisonal chiefs, nine state assemblymen, five members of parliament and two senators chose to leave the party because they were of the opinion that it was the end of Umno Sabah after the 14th general election,” he claimed.

Abdul Rahman alleged that when they left, the respective divisional leaders took the administration files with them instead of handing over the documents to their successors.

They should not have done that because the files belonged to Umno Sabah, he stressed, adding that they had a hidden agenda behind their action.

He claimed the information in the files were used to register Umno members and branch leaders into PPBM adding, “most were surprised and angry to find out that they have been registered as PBBM members without their knowledge.

“But Allah is great and fair… the more leaders leave Umno, the more people are applying to join the party. This is because they are disappointed with the policies of the state and federal governments which have no direction and are confusing.

“Umno Sabah is receiving thousands of new applications every month and it is encouraging to see so many loyal Umno supporters turning out for the ongoing AGM at the branch and divisional levels.

“This is proof that Umno Sabah is still alive and kicking and will continue to survive with new spirit and commitment,” said Abdul Rahman.

He believes that more of those who left Umno will return to its fold and fight with the party seeing that Umno Sabah has done much for the development of the state and the welfare of the rakyat in the past 25 years.

Their interest to return to Umno Sabah is also due to the fact that the party will be getting political autonomy from the party’s central leadership at the end of this year.

With the autonomy, Umno Sabah will be administered by state leaders without interference from the central leadership, he stressed.