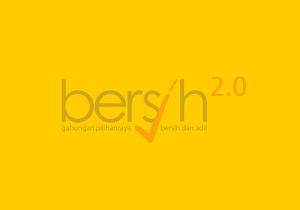 KOTA KINABALU: Bersih 2.0 has made available to the public online the 2017 Sabah delineation review report and offers to pay a RM1,000 penalty to the Parliamentary Speaker’s Office for breaking the Parliament’s embargo.

The report was tabled on July 8 and is scheduled for debate and voting for adoption on July 17 (Wednesday).

In a statement here yesterday, Bersih 2.0 has expressed deep disappointment that its call on July 9 for the embargo to be lifted was ignored and that the public was kept in the dark on this important decision, as no media could report on the matter. “Bersih 2.0 believes that the public must be informed of the report’s content before parliamentarians vote on it, and has no choice but to violate the Houses of Parliament (Privileges and Powers) Act 1952 to reveal the full content of the report,” the statement said.

Bersih 2.0 urges all media and social media users to share the link where the scanned copy of the report may be downloaded: https://drive.google.com/file/d/17yt4U1XminaBTQxSKFHKn2qRckknX1xt/view?usp=sharing.

Bersih 2.0 has warned that the two-year-old proposal may be malicious, flawed and obsolete.

• The excessive malapportionment of constituencies will be worsened with the lowering of voting age to 18 and automatic voter registration, with the likelihood that 300,000-400,000 new voters added to Sabah’s existing electorate of 1,117,337 by GE15, disproportionately in urban area.

Bersih 2.0 stresses that redelineation is necessary for Sabah and most other states and this should start at once after the lowering of voting age and automatic voter registration.

It calls on the Sabah State Government to resolve this problem by promising another amendment to state constitution to increase its seats by one or more once the expansion of electorate is in place.

Bersih 2.0, therefore, repeats its call for the Federal Government to cancel the debate and voting today and urges all MPs, especially the 26 from Sabah and Labuan, to vote against it or at least abstain if it goes on.

“’New Malaysia’ is hollow if matters of great public interests are hidden from the public before a decision is made and is therefore prepared to bear the full responsibility for breaking the embargo. A payment of RM1,000, the maximum fine permissible under the Act, will be delivered to the Speaker’s Office later today,” it said.

Bersih 2.0 further urges all concerned citizens to write to their parliamentarians, whose emails are available here https://www.parlimen.gov.my/ahli-dewan.html?uweb=dr&, to urge them to vote against the adoption of the Sabah delineation review report or to at least abstain from voting.