Wednesday, February 19
You are at:Home»News»Nation»Bipartisanship sees passing of bill to amend constitution 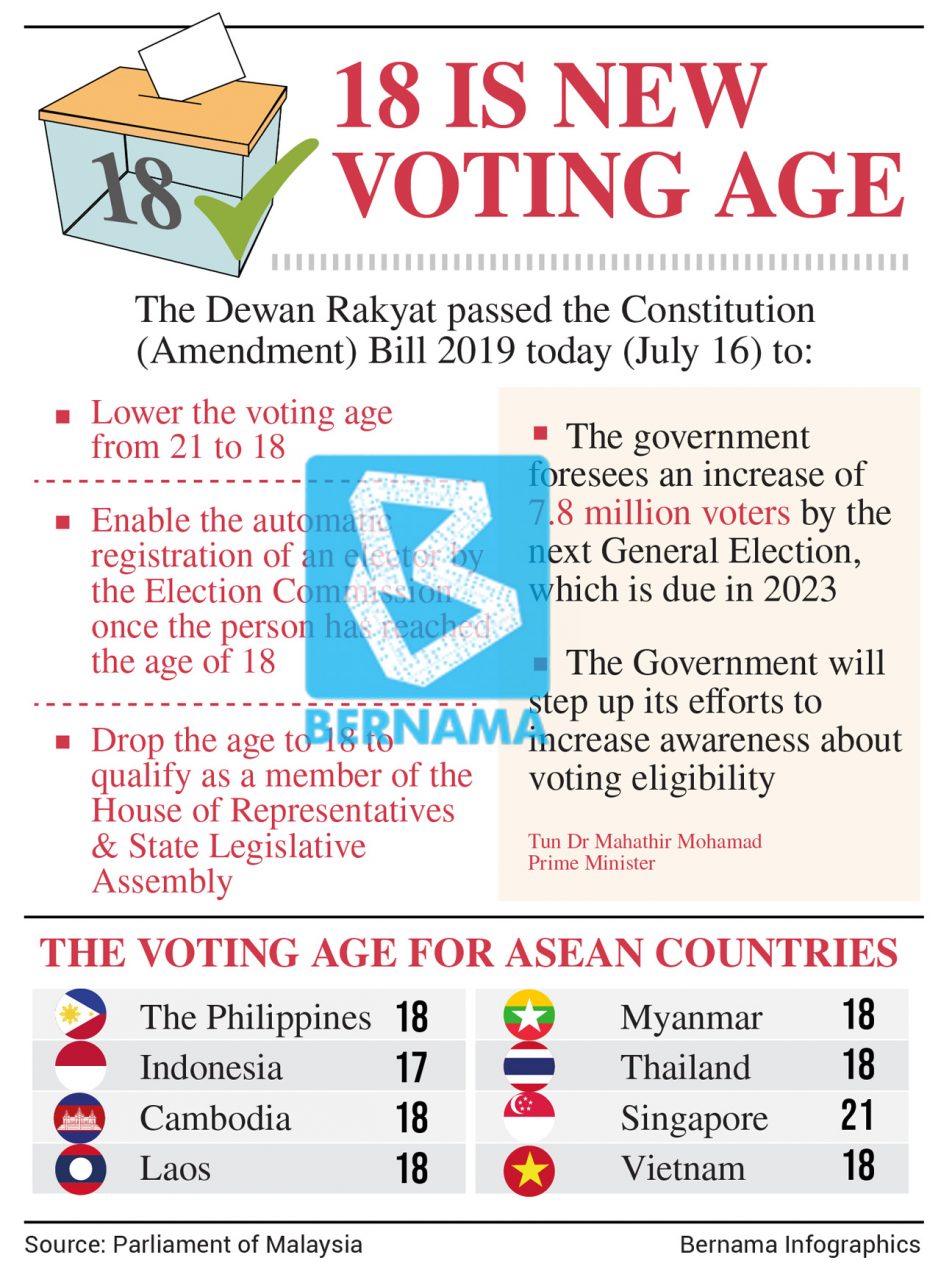 KUALA LUMPUR: The Dewan Rakyat created history yesterday by passing an amendment to the Federal Constitution with more than a two-thirds majority garnered through bipartisanship.

All the 211 MPs present in the house voted for the Constitution (Amendment) Bill 2019 that seeks to lower the voting age to 18.

The Dewan Rakyat has 222 members.

It would have only required 148 votes for the bill to have been passed.

The bill secured the support of the 211 MPs after it went for bloc voting twice.

“Congratulations, Right Honourable Prime Minister, and congratulations to all members of this house for creating history today, exactly one year after the current Parliament went into session,” he said.

More than 60 MPs spoke during the debate on the bill, which went on for six hours after Prime Minister Tun Dr Mahathir Mohamad tabled it for second reading at noon.

Earlier, when tabling the bill, Dr Mahathir said several amendments have to be made to the Election Offences Act 1954; Elections (Conduct of Elections) Regulations 1981 and Elections (Registration of Electors) Regulations 2002 to implement and enforce the amendment.

Furthermore, to enable the lowering of the age limit for state election candidates, the state governments have to make amendments to the relevant provision in the respective state constitutions, he said.

Dr Mahathir said the government welcomed the proposal of the opposition bloc that youths aged 18 not only be allowed to vote but also be permitted to contest the elections.

He also welcomed the commitment of the opposition bloc to support the amendment.

The government expects some 7.8 million new voters to be entered into the electoral rolls by 2023, raising by more than 50 per cent to 22.7 million the total number of voters that year, up from the 14.9 million at the 14th General Election last year. —Bernama