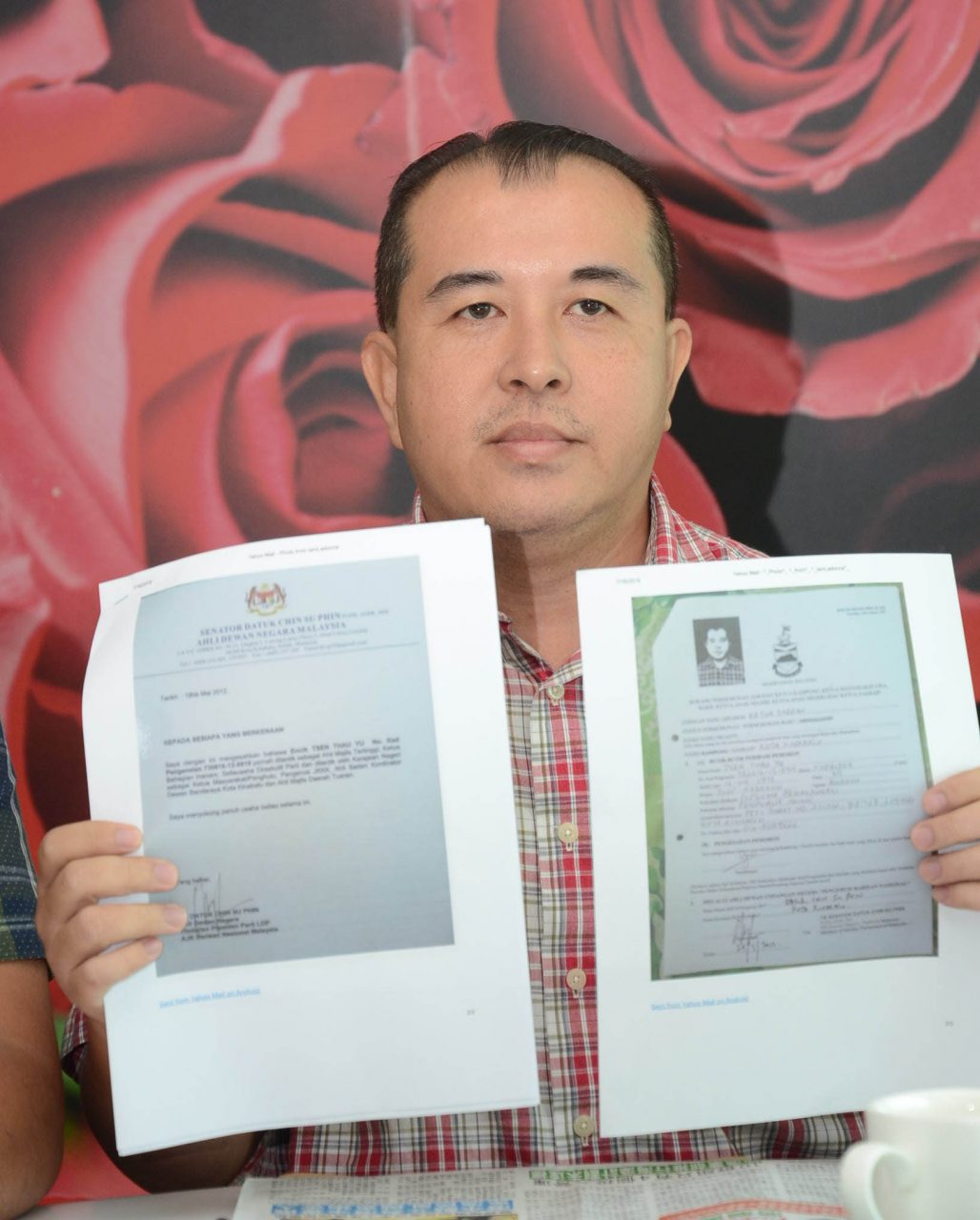 Philip Tsen, administrative officer to Liew, who is now the Minister in the Prime Minister’s Department (Law) and permanent chairman of Parti Warisan Sabah, said the latter had never used LDP’s funds for his own personal spending.

“The withdrawals made (by Liew) were used in the general election and campaign activities.

“Each candidate also received election funds,” he said when commenting on LDP president Datuk Chin Su Phin’s statement that Liew was trying to skew public perception into believing that he had nothing to do with the 1Malaysia Development Berhad’s (1MDB) money in the sum of RM3.5 million channelled to the party’s account.

“It is a fact that about RM3.01 million was withdrawn either by him personally over the bank’s counter or withdrawn under his instruction as president, and all the withdrawn funds were fully under his control and disposal,” Chin said.

Tsen claimed that Chin had wrongly accused Liew of taking the money for personal use.

When the party crisis broke out in 2013, he said Chin’s faction had locked up the headquarters to prevent Liew from entering.

“All the important and confidential documents, including bank statements, were locked inside the headquarters.”

He added that the party’s bank accounts were also frozen without Liew’s knowledge during the crisis.

“If Chin alleges that Liew has used the RM3.5 million, why hasn’t this matter been brought up in the Extraordinary General Meeting (EGM) in 2013?

“If the allegation was true, why hasn’t any police report been made?”

According to the party’s constitution, Tsen said any expenditure above RM500 must be approved by the Supreme Council, in which each cheque issued must be signed by the president, and the secretary general or treasurer general.

“The secretary general and treasurer general were Datuk Seri Panglima Teo Chee Kang and Ken Fong at that time.

“So how could they not know the whereabouts of the monies?”

Tsen also refuted Chin’s statement that Liew was conveniently pushing the hot potato to his successors and the current leadership.

“The faction led by Chin was the one who caused the party crisis in order to force Liew to step down.

“He should not be blaming Liew today.”

Liew was the president of LDP from 2007 to 2013, while Tsen was the chairman of Inanam division, Supreme Council member and executive secretary of the party from 2006 to 2008.

Tsen said the party leadership should explain to the public the amount of money in the party’s bank accounts from 2013 to 2018 and whether it came from 1MDB, given that the scandal surfaced in 2014.

“LDP has more than RM2 million in its bank accounts in 2017, including a donation of over RM1 million.

“Where did the money come from?”

On another note, Tsen said Chin often questioned his credibility whenever he issued statements.

Back in 2012, he said Chin, who was then a Senator, Barisan Nasional exco and deputy president of LDP, had written him a testimonial for the application of OKK.

“If I was a bad character, why had he written the testimonial?”

Tsen continued to say that he had decided against joining Chin’s faction during the party crisis because he believed that the latter’s action had violated the party constitution.

Also present at the press conference were private secretary to the Minister in the Prime Minister’s Department (Law), Ricky Foo, special officer to the minister, Michael Tham and lawyer Sylyester Kuan.

Chin had said in a statement on Monday that the Malaysian Anti-Corruption Commission (MACC) had proven that the RM3.5 million Liew received from Najib originated from 1MDB.

“You (Liew) were the party president then. Why wouldn’t you admit it?” he asked in the statement when commenting on Liew’s statement that the current LDP leadership would have to explain if the money in the party’s accounts was linked to 1MDB and the amount left when he was ‘kicked out’ from the party in 2013.

Liew, who is now the Minister in the Prime Minister’s Department and permanent chairman of Parti Warisan Sabah, has questioned if the suspension of his LDP membership and change of signatory at the bank was due to the sizeable sum of money in the party’s accounts.

Liew asserted that he had done nothing wrong to the party and that his conscience was clear.

Chin pointed out that Liew was still the party president after the 13th general election  until October 2013, and therefore the latter knew exactly how much money was in the bank accounts.