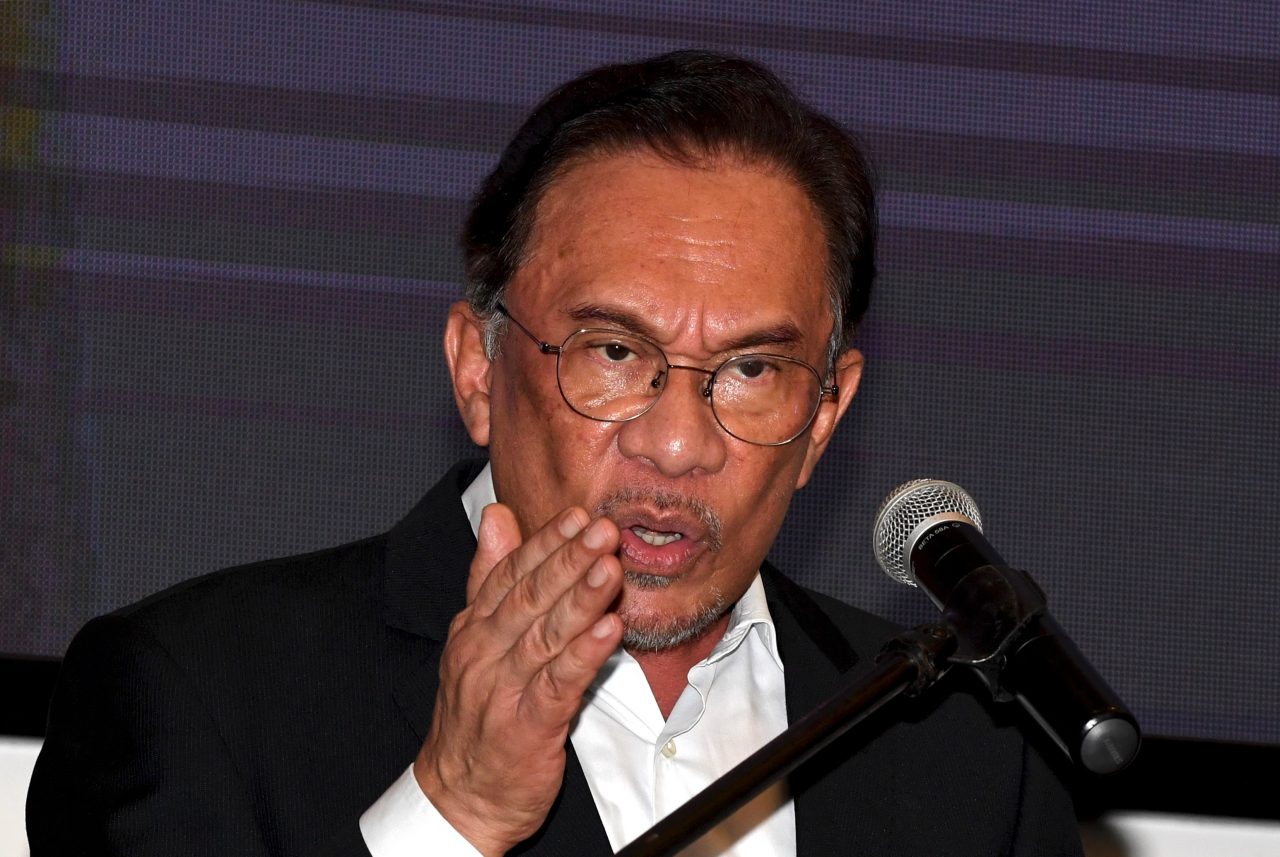 KUCHING: Datuk Seri Anwar Ibrahim today said Datuk Seri Mohamed Azmin Ali should resign from his Cabinet post if he is found to be the man allegedly with a former PKR youth chief in a viral sex video.

The PKR president said in a Malay Mail report that he did not think it was necessary for Azmin, who is the party’s deputy president, to take leave work or quit yet pending the completion of police investigations into the sex scandal.

“My initial view was for him not to resign but it would depend on the investigation. If the investigation is already conclusive in terms of the participants of the so-called act then I think he needs to resign.

“But if they did not ascertain the truth or veracity of the two guys in the video then he has the option to stay,” the Port Dickson MP told reporters in Parliament.

Anwar was asked for comment after Prime Minister Tun Dr Mahathir Mohamad separately told reporters today that any minister accused of wrongdoing can carry on until proven guilty.

The PKR leader noted that Dr Mahathir’s latest remark was a departure from his defence of Azmin when the scandal first broke.

Anwar also expressed surprise at the arrest of his political secretary, Farhash Wafa Salvador Rizal Mubarak, along with two other PKR members, in connection with the sex video.

“I was surprised of course. I don’t know why he was arrested but the police may have their own reasons; therefore, let the investigation proceed according to its course,” he said.

The police have not officially named Farhash, but a source close to the investigation told Malay Mail that Anwar’s aide who is also Perak PKR chief was among the three men nabbed in Johor yesterday.

Farhash is expected to be brought to court later today for a remand order for further investigations under Section 377B of the Penal Code for carnal intercourse against the order of nature, Section 292 of same law for disseminating obscene material and Section 233 of the Communications and Multimedia Act 1998 for improper use of network facilities or network service.

Anwar denied that Farhash’s arrest incriminated him as the mastermind of the sex videos that emerged in May, saying “nothing has yet to ascertained”.

PKR had expelled Haziq Abdullah Abdul Aziz who was at that time its Santubong Youth chief after he claimed to be one of the two men in the video and Azmin his partner.

Azmin has consistently rejected the allegation.

Previous ArticleNational debt at RM1.09 trillion in 2018
Next Article Dr Sim: CM will choose the right person for the job, in regards to Second Finance Minister post