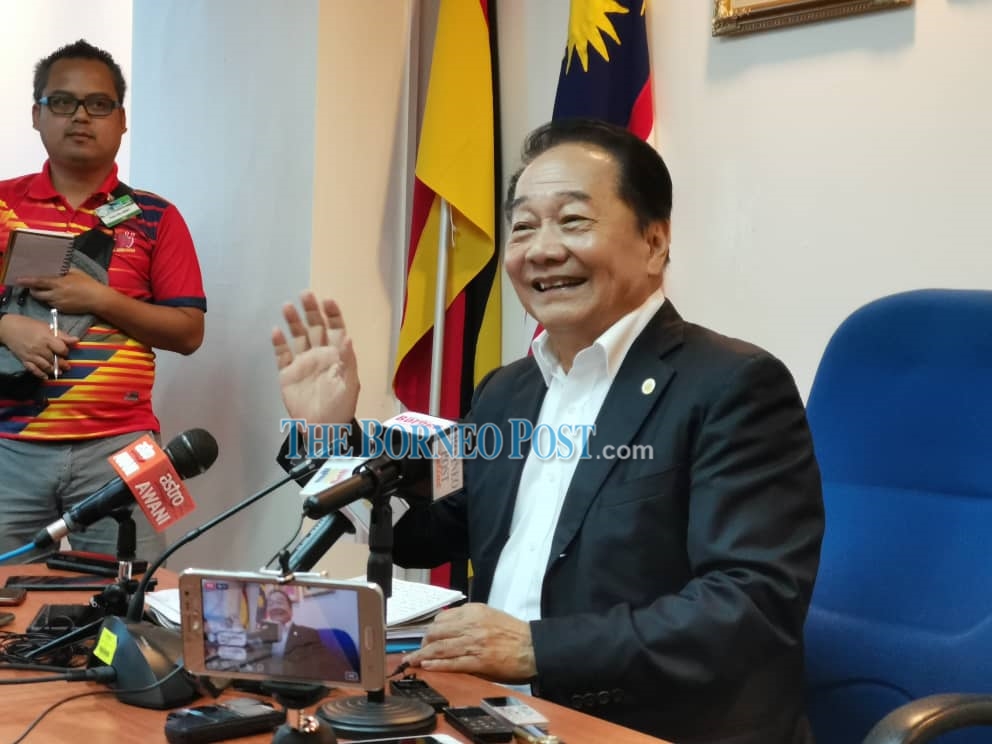 Wong waves to photographers during a photo call on Monday. – File photo

Describing him as a ‘mentor’, he pledged his support to Abang Johari in the service to the people of Sarawak.

“When I first joined politics in 1987, he was the one who campaigned for me in Bumiputera areas and since then for 32 years we are friends and remain close friends. Although we now have political differences, we are still friends. Not just friends, very good friends.

“We will continue to work hard. I as president of PSB will do everything to help the Chief Minister to work hard for the people and the state of Sarawak,” he told TV Sarawak and Sarawak Public Communications Unit (UKAS).

He had earlier paid a courtesy call on the Chief Minister at Wisma Bapa Malaysia, here.

The Bawang Assan assemblyman was, however, tight lipped on whether he had tendered his resignation from his cabinet posts and when his last day in office would be.

“I came here to have courtesy call on the Chief Minister and we have a very good discussion. And, of course I cannot reveal what was being discussed but I can tell you we remain the best of friends,” he said.

He also said he is leaving it to the Chief Minister to announce the person who will replace him in the state cabinet.

“Oh, that one I leave it to the Chief Minister to reveal. He will decide, okay?” he said.

The video clip of his interview after paying a courtesy call on the Chief Minister was shared by TV Sarawak and UKAS on social media.

Wong, however, could not be contacted as press time to elaborate more on the meeting.

Wong had on Monday told a packed press conference at his office in Bangunan Baitulmakmur on Monday that his decision to resign from his posts as Second Finance Minister and Minister of Minister of International Trade and E-Commerce was final and would take effect after meeting the Chief Minister.

He had been Second Finance Minister for 15 years. He is the Minister of International Trade and E-Commerce, a new portfolio introduced on May 7, 2017 following a cabinet reshuffle announced by Abang Johari then.