Tuesday, August 11
You are at:Home»News»Crime»Students forced to jump out of moving bus after driver’s erratic driving, police investigating cause 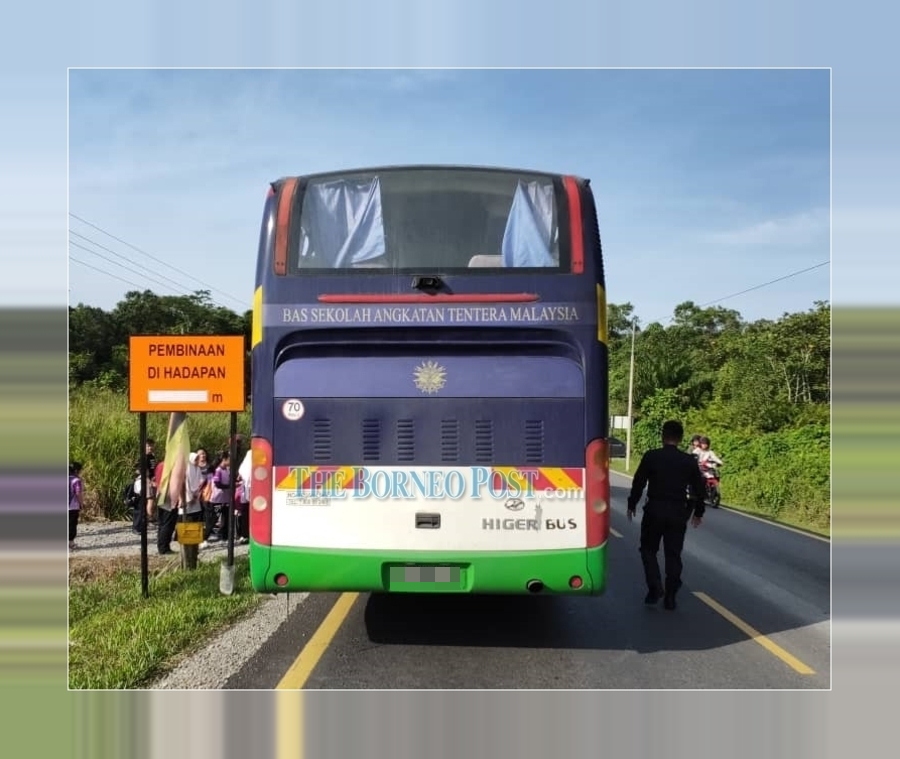 The bus that was driven by the suspect.

KUCHING: Police arrested a bus driver who was suspected to be inebriated while ferrying 33 students from the Muara Tuang army camp to their respective schools this morning.

Four students on board the bus decided to jump off at the Medan Universiti roundabout when they discovered something was amiss with the driver.

“It was fortunate that the four students only sustained light injuries to their hands and feet from the jump,” said Alexson in a statement today.

He further revealed that the bus was transporting 26 primary school pupils to SK Dato Mohd Musa and seven secondary school students to SMK Kota Samarahan. All of them are from the Muara Tuang army camp.

According to Alexson, the bus driver also failed to realise that the school students did not alight from the bus. He instead continue driving towards Jalan Mambong.

Other road users who saw his erratic driving quickly became concerned and started to tail the bus and signaled for him to pull over.

“The suspect finally brought the bus to a complete stop at the side of the road at KM12,” he added.

The case will be investigated under Section 45(A) of the Road Transport Act and a blood sample of the bus driver was taken for drug and alcohol tests.

It was also revealed that the bus was rented by the army to transport the students to their respective schools.

When contacted, a spokesperson from the Royal Malaysian Armed Forces said they will leave it to the police to investigate the case.