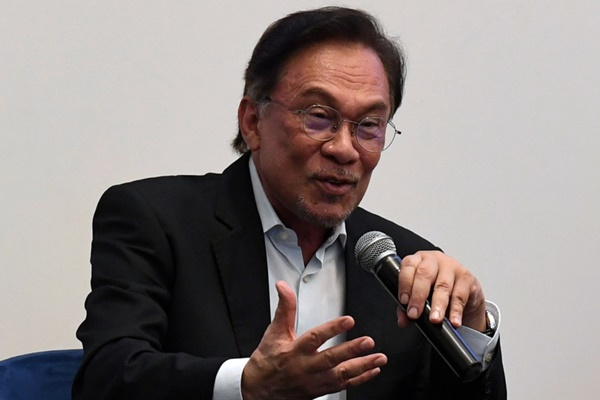 KUALA LUMPUR: PKR president Datuk Seri Anwar Ibrahim today welcomed the views of a cross-section of PKR central committee members that he should cease issuing statements that could split the party, saying their stand was well-intended and a timely reminder for party unity and consolidation.

“What they meant was for the party not to be perceived as being strained, so they are giving a reminder to consolidate the party,” he told a press conference at the Parliament lobby.

Up to 3 pm, twenty-three members of the PKR central committee and five other members of parliament from the party, referring to Anwar’s call yesterday for party deputy president Datuk Seri Mohamed Azmin Ali to resign from his posts if a sex video in which he (Azmin) is implicated was verified, have signed a joint statement asking Anwar to stop making divisive statements.

Mohamed Azmin, in his response yesterday, asked Anwar to do some self-reflection instead.

Anwar said PKR was firm in its stance to reject gutter politics, and asked that Azmin, who is Economic Affairs Minister, be given space and time to resolve (the sex video) issue he is embroiled in.

Saying that he was not upset with Azmin’s retort yesterday, Anwar called on the media not to exploit the remarks.

“I don’t think it’s fair to him either, in his position. He probably did not read the full text. You guys (media) just prompted him with the question … I don’t think you guys should have exploited his remarks, I don’t feel upset (with what he said),” Anwar said.

The Port Dickson MP also said that he had already contacted Azmin twice (since the issue flared up).

The central committee members and the four MPs, in their statement today, said the party must stand firm against gutter politics used in what they termed as a conspiracy to topple Azmin.

They further said that Anwar, as party president, should stand by his deputy in the interest of party unity – and not seek to undermine him using speculation. They called upon him to work instead to unite the party in the interest of members, Pakatan Harapan and the country.

Meanwhile, Zuraida said Anwar should focus on strengthening the party and party members should stay united and reject gutter politics.

“I think it’s time for PKR to start consolidating and strengthening the party. It’s time that we come together and reject gutter politics and find the conspirator,” she told reporters at the Parliament lobby. – Bernama